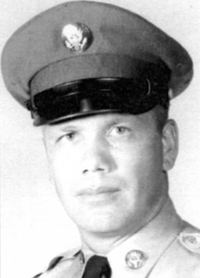 the Army, Allen and Mary lived at various Army posts throughout the U.S. and overseas. Allen and his family lived in Albert Lea for 10 years after his retiring from the Army. He worked at Morris Furniture for a while before they moved to Rapid City, S.D. Allen enjoyed geneology and was a member of the VFW.

He is preceded in death by his parents and one sister, Lois Ferreri.