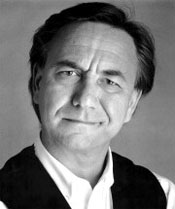 To say the release of 91,000 classified documents has revealed a disconnect between our public position on Afghanistan and the actual situation on the ground is like inferring a disparity between yoga and bayonets. Dawn dishwashing liquid and green olive tapenade. A tray full of Southern Comfort old-fashioned sweets and a herringbone Segway.

Unlike the Pentagon Papers, we can’t even work up a good outrage, mainly because — come on — 91,000 documents. That’s like reading all seven Harry Potter books 30 times over. I don’t care how authentically rustic your wand is, nobody’s doing that. There are even questions as to whether it’s 91,000 documents or 92,000 documents, if all the documents have been released, or if more are being held in reserve for we mere Muggles.

I know. What’s a thousand documents amongst friends? Well, there’s your problem. We don’t have any friends. Corruption over there is endemic, pandemic and epidemic. Our allies aren’t necessarily allied on our side. The fighting is going badly and a halfway decent deep-dish pizza crust remains a concept the Afghanis seem unable or unwilling to embrace. Not to mention democracy.

Unplug the drain and the ring around the tub is we’ve been there eight years and things are so not getting better. As a matter of fact you could say the movement more resembles whatever is the opposite of getting better. Don’t even mention quagmire. Hah. Hah. We sneer at your quagmire. Our Afghanistan participation makes a quagmire look like a refreshing dip in a spring-fed pool with buckets of frosty beer within reach and cold cucumber slices on our eyelids. Spa-spangled bog.

This dastardly document dump also managed to tick off Pakistani officials who dispute claims that the ISI, their intelligence agency, is collaborating with the Taliban. “These allegations are always repeated.” Hmm. Curious as to why those allegations would always be repeated, eh what? Maybe because, like the sun and those silly allegations about the rising in the east, they’re … true?

And for those of you surprised by the amount of grandstanding caused by the WikiLeaks disclosures, either you forgot it was an election year or have been making too many side trips to the magic brownie counter in your medicinal marijuana store. A veritable slew of Congressmen are sharpening their budget scalpels, asking how we can toss Pakistan a couple billion a year in foreign aid while they’re helping Afghani insurgents. With friends like these, who needs enemy combatants?

As unexpected as a checkered tablecloth in a pizzeria, the administration is playing down any revelations. “Nothing new to see here. Everything generally known. Move along.” Perhaps, just not generally known by the general public. Privately, White House officials anticipate using these leaks to pressure Pakistan to play nice. Yeah. Right. Dream on, big river. You got a better chance convincing Lindsay Lohan to give up all her nasty habits and start wearing one.

If this leak tells us anything, it’s that this is not a winnable war. Right now, America has a lot of stuff on a lot of plates and keeping them all spinning is neither cheap nor easy. Afghan plates, on the other hand, are not very full and they seem to like it like that. Especially when deep-dish pizza crumbs can get them beheaded. As they say in Animal House, “If I were us, I’d be … leaving.”

Will Durst is a San Francisco-based political comedian who often writes. This being an example of questionable merit. His new CD, “Raging Moderate,” is now available from Stand Up! Records on both iTunes and Amazon.