Austin outlook isn’t as bad as some complain

The airline I most often fly e-mailed me a survey one day last week because my previous night’s flight had been delayed. The survey was my chance to lob a couple of caustic comments at the airline, which I usually enjoy. 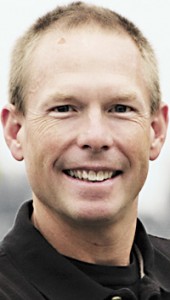 As I typed, however, it occurred to me that despite being stuck, stationary, on a tiny regional jet, things hadn’t been that bad. The flight attendant broke out drinks and snacks. They let us use our “portable electronics,” so I got some work done. I had a roomy exit row seat with no one next to me. And when I reached Minneapolis at about midnight, the terminal was littered with bodies — people sleeping on the floor because their flights had been terribly delayed.

Turns out my trip hadn’t been so bad, after all.

It’s a lot like our lives here in Austin.

There’s always an undercurrent of dissatisfaction in any town, and in Austin more than some others, but the anniversary of 1985’s strike has stirred up more than the usual number of comments about what’s wrong with Austin.

Reading and hearing those comments often makes me uncomfortable, because I’ve spent a lot of time in Austin-size towns around the country and the reality is that there’s a whole lot more to be proud of here than in many other places.

Let’s start with the big one: Money. Unlike lots of small American cities, Austin has a large and successful industrial base that employs many people. We aren’t scratching around to find somebody — anybody — to offer a few jobs, because we have large, stable employers. There are towns that would do just about anything, at this point, to attract an industry that employed even a dozen people at $8.50 an hour. Austin doesn’t have that problem.

There are plenty of American cities where the newspaper’s sad job is to report every month on another major employer shutting down, about jobs going overseas or just plain going. How many major industrial employers in Austin have shut down this year?

Compared to many places, Austin’s situation is luxurious.

Some complain about safety issues. That’s hard to take seriously. Sure, if you go looking for trouble in Austin, you can find it. But for the most part we live in a place where we and our children are safe anywhere in town at any time; that is not true in many American communities.

The list could go on, but here’s a shortcut: A lot of complaints boil down to a feeling that things aren’t the same here as they were in the 1970s or 1980s — an observation that is absolutely correct. As an almost-old guy I’m among those who look back on the 1970s with nostalgia. It was a pretty good time, except for Watergate, Vietnam, inflation and gasoline shortages. But we can’t go back there. The world is going to keep on changing, and Austin right along with it.

Plenty of people will disagree with my thesis that Austin is OK. That is fine. I hope that someone will point out to me the Mayberry-like places that are better. We could all move there and be happy — if we could afford the housing and find work.

The point of this column is not to take issue with complaining. To complain is to be human. Unless to be human is to complain. It’s definitely one or the other.

The point is that there are complaints that have real meat to them. And some that don’t. Most of the complaints that are inspired by memories of decades past don’t travel very well, because it doesn’t take much of a journey to find the places where it’s not this good.

My Point of View: Now is the time to find out about the Republican Party