Motorcycle collision backs up I-35 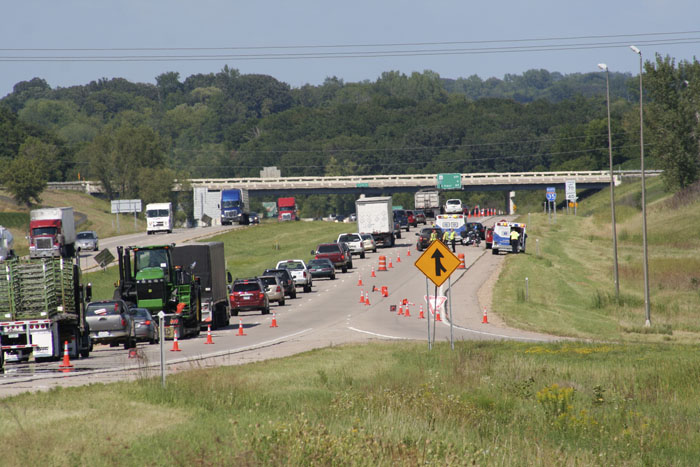 Cars and trucks drive slowly northward on Interstate 35 near Exit 8 on Monday afternoon after having to wait for the bridge over Albert Lea Lake to open.

A collision on Interstate 35 backed up traffic near Albert Lea on Monday afternoon. 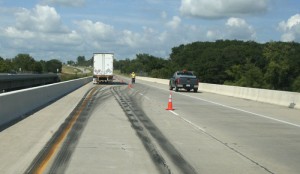 Tire tread marks on the northbound I-35 bridge over Albert Lea Lake show where an collission occurred.

Two motorcycles collided while slowing down for a construction zone on the northbound lanes just before the bridge over Albert Lea Lake, according to the Minnesota State Patrol. Crews are working on the northbound bridges over the lake and over U.S. Highway 65 at Exit 8. The collision occurred between the lake and U.S. 65.

Raymond T. Kiendel, 61, of Cassopolis, Md., and Patrick Wade, 41, of Blairsville, Pa., sustained minor injuries. Both were taken by ambulance to Naeve Hospital in Albert Lea.