Curtis Elmer McCamy was born on Oct. 15, 1926, to Benjamin and Della (Cervanka) McCamy at St. Joseph, Mo., but he grew up on the banks of the Sheyenne River in West Fargo, where his father 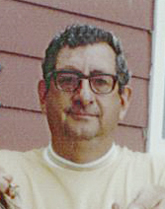 worked as a boiler engineer for Armour and Co. When he wasn’t playing sports he was fishing. Curt grew to nearly 6 feet 7 inches and lead West Fargo to the 1944 state basketball championship. He also lettered in basketball at the University of Minnesota, while attending school. During World War II, he served in the U.S. Army. Curt then briefly attended North Dakota State, before finishing his stellar basketball career at Moorhead State. He married Irene Hanson on Aug. 28, 1948, in Fargo, N.D. His education degree landed him a teaching-coaching job in Litchfield. Soon he was drafted into the Korean War, where he served with the Army as an artillery surveyor. Upon returning to Litchfield, he was promoted to assistant principal and then senior high school principal until 1970, when he left to take that position in Albert Lea. He retired in 1982 as the superintendent of schools in Albert Lea.

As a professional educator, Curt instilled that in his children, where he graduated two physicians, a CPA, pharmacist, registered nurse and optometrist. He was very proud of his sons and daughter.

An avid fisherman and hunter throughout his life, Curt was usually accompanied in the boat or blind with his wife, Irene. His hunting and fishing exploits were only bested by the stories he spun of them. He kept tight lipped about his favorite fishing hole, but was eager to steer you to the “dead sea.” He was considered a “character” by some.

Upon retiring, Curt took up woodworking as a hobby and created furniture, duck decoys, fish replicas and numerous wildlife art. He sold much of this, but more often than not, he gifted this to family and friends. His shop was next to the family cabin on Big Cormorant Lake, where he pursued the walleyes and crappies with a vengeance.

A devoted family man, he was also surrounded by friends. Once shaking hands with him, you were a friend for life. He made it his business to understand you and your family’s concerns. He will be missed not only by his family, but by the many people he touched throughout his life.

Curtis was preceded in death by his parents; son, Jeffrey; two sisters: Kathryn McCamy and Mildred Mannes; and brother, Frank.