Dog days of summer have arrived in Minnesota

Julie Seedorf, Something About Nothing 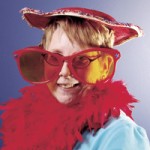 Instead of jumping the fence so I could count them, they kept running away. In my mind’s eye, I saw miniature Sambos wandering the pasture in search of the shade of the trees as the bright sun and humidity heated up the earth. I knew it was a sign that my inspiration must be the dog days of summer.

Apparently the Romans, The Farmer’s Almanac and The Common Book of Prayer can’t seem to agree on the dates for the dog days of summer.

I didn’t poll the dogs running around my neighborhood as to the correct date because I don’t understand dog speak. I would think if they are pampered pets, they believe every day of the year constitutes dog day.

Sirius is the Dog Star and it is the brightest star in the constellation Canis Major which means large dog. The Romans used to sacrifice a brown dog at the beginning of dog days hoping that would stop the anger of Sirius because they believed the star was the cause of the hot sultry weather.

I have to think that if this was true, Sirius must be very angry at us this year; hence, the very humid sultry weather that has left us melting down.

Of course, never underestimate Americans to reinvent the dog days of summer phrase and attach it to money. It seems the term has frequently been attached to the stock market, turning the meaning into a slow time in the market or poorly performing stocks.

Many of us perceive our dogs as being lazy. Frequently we describe ourselves as being dog tired. So does that mean we should be lazy during the dog days of summer since we are frequently dog tired?

One explanation describes a dog day as a period of stagnation. My alley is in a constant dog day as the water that sits there stagnates. It is not just humans who can experience dog days.

Aug. 16 is the feast of St. Roch, who is the patron saint of dogs. If you believe the Romans and the Common Book of Prayer for their dates for the dog days of summer, then it must not be a coincidence that this feast falls right in the middle of dog days. St. Roch contracted the plague and went into the woods to die but was befriended by a dog that brought him food and helped him to heal.

We seem to be immersed in the dog days of summer. The sun could fry an egg on the sidewalk. The steam rises and envelopes us. A sentence from Martha and the Vandella’s “Heat Wave” describes a feeling deep inside our head: “Something’s got me amazed; don’t know what to do my head’s in a haze.”

The pool beckons us as we sit at our desks and push those computer keys. Visions of cool drinks waver in front of our eyes. We imagine our toes sinking into the cool sand as our feet touch the hot sidewalk. The reality of winter seems very far away.

Enjoy those lazy, hazy, crazy days of summer. Take Nat King Cole’s advice and enjoy the soda and pretzels and beer. Dust off the sun and moon and sing a song of cheer. In the middle of winter, you’ll wish that summer could always be here.

Why don’t we have a cat star? We could then have the cat days of winter. We would have a good reason for curling up on a cold day and taking a catnap.

Wells resident Julie Seedorf’s column appears every Monday. Send e-mail to her at thecolumn@bevcomm.net. Her blog is paringdown.wordpress.com. Listen to KBEW AM radio 1:30 p.m. Sundays for “Something About Nothing.”