Funeral services for Edward Norman Foss, 89, of Albert Lea will be held on Wednesday at 11 a.m. from Bayview/Freeborn Funeral Home. The Rev. Kent Otterman will officiate. Burial will be at Deer Creek Valley Cemetery. Visitation will be one hour prior to the service on Wednesday. To sign the guestbook go to www.bayviewfuneral.com. 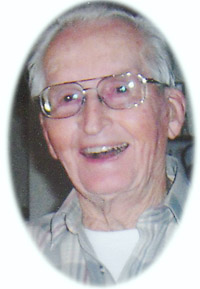 Edward Norman Foss was born on Jan. 5, 1921, in London, Minn., the son of Ole J. and Annie (Swensrud) Foss. He was baptized and confirmed at Deer Creek Valley Church. Edward attended rural schools and farmed all of his life. Later in life, Edward would camp during the winter months in National Parks and National Forests where he loved to hike thru the forests and mountains. Edward also worked as a carpenter in construction.

He was preceded in death by his parents and brothers: Laurence and Jay.