Ellen is back with her Equal Rites Awards

Editor’s note: Ellen Goodman couldn’t resist. After leaving syndication in January, she has once again written her annual Equal Rites Awards column, this one for the 90th anniversary of women’s suffrage.

And so we rise to celebrate Aug. 26, the 90th anniversary of the day American women finally won the right to vote. It took nine decades to get a third woman on the Supreme Court. But in politics, alas, we have gone from radical women chaining themselves to the White House fence to conservative women serving tea. Or at least the tea party. 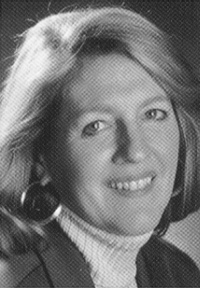 What would Susan B. Anthony make of Sarah Palin as arguably the most (in)famous female politician in the land with her menagerie of groupies? The former leader of “pit bulls with lipstick” is now a “Mama Grizzly” intent on escorting a “stampede of pink elephants” — aka ultraconservative female Republicans — to Washington.

The Year of the Pink Elephant Women was enough to force our one-woman jury back to its annual task. Once more we celebrate suffrage by giving out the much-prized Equal Rites Awards to those who did their best over the past 12 months to set back the cause of women.

Before we get trampled, the envelopes please.

We begin, as we have so often, overseas with the International Ayatollah Award. This year it goes to Hojatoleslam Kazem Sediqi, the senior Iranian cleric and would-be seismologist who declared that women who “do not dress modestly” cause earthquakes. To this mentally shaky cleric we send a Richter scale for gender balance.

Alas, there’s an equal opportunity offender at the Vatican. The Blind Justice Award goes to Rome’s all-male clerics who ruled that ordaining women is as grave a crime in church law as pedophilia. We were going to send them a blindfold but they already have one.

Did someone slip Mel Gibson an overdose of testosterone? He’s the unanimous winner of our Raging Hormonal Imbalance Award after starring in an eight-minute audiotaped rant telling his ex-girlfriend that she needs a “bat to the side of the head” and threatening to put her in a “(expletive) rose garden.” We send him a curtain. Coming down.

Now back to our regular programming. The winners of the Backlash Trailblazer Award are the producers of “Fly Girls,” a reality show on flight attendants reminding us of the bad old days when airlines offered “coffee, tea or me” and sold seats with sly ads saying, “Fly Me, I’m Cheryl.” We were going to send them a pink slip, but the network beat us to it.

Now to the Prize for Marketing Ms-haps. What day of the month did the men at Apple come up with the name iPad? What more proof that they need more female employees? There’s an app for that.

Yet we know, Sisterhood Is (Not Always) Powerful. That citation goes to California Senate candidate Carly Fiorina, who trashed her opponent, Sen. Barbara Boxer, saying “What is that hair? So yesterday.” Our citation, suitable for framing, says: “Cattiness — so yesterday!”

But Carly’s bad hair day was not as bad as Colorado’s Ken Buck’s foot-in-mouth wear. He wins the Post-Feminist Booty Prize for telling women to vote for him rather than his opponent Jane Norton because “I do not wear high heels. I have cowboy boots. They have real (expletive) on them.” You betcha.

Speaking of which, the Boys Will Be Boys Award can go to none other than baby daddy Levi Johnston. Need I say more? Need anyone say more? Can we send him a piece of woodwork to fade into?

Now on to the Male-Practice Award for medical ms-information? This goes to Bob Marshall, the Virginia legislator whose vast medical education led him to say that disabled children are God’s punishment for women who had an abortion. We send a Merck manual of words to eat.

What then for Iris Robinson? The Northern Irish politician wins the Dubious Equality Award for the woman who has done the most to emulate the worst. This pro-family politician produced a sex scandal female-style. The 60-year-old had an affair with a 19-year-old. Who knew there were grand-cougars on the Emerald Isle?

Yet another soap opera. The Two Steps Back Award goes to Clorox. Who can forget Wisk’s ad guilt-tripping women about “ring around the collar.” Now, the good news is that Clorox is selling suds to men. The bad news is it’s to get lipstick off their collar. Clorox: Getting men out of hot water for generations.

Ah, but Scott Brown didn’t need anyone to bleach his past away. The new senator from Massachusetts wins the Double Standard Bearer prize. He beat state Attorney General Martha Coakley despite his former gig as centerfold for Cosmopolitan magazine. If you think a woman could overcome her “youthful indiscretion” as a Playboy centerfold, I have a Facebook page for you.

Finally, we cannot complete our celebration without a nod to all those women who think that their future is invested in Palin’s pink pachyderms. On the 90th anniversary, we offer a warning embedded in the lyrics of the original Disney song. This comes to them straight from the “Dumbo” scene tipsily praising “Pink Elephants on Parade”:

May they sober up and onward!

My Point of View: Now is the time to find out about the Republican Party