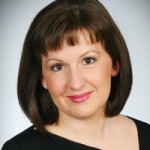 I should start this column by telling you who I am not. I am not a sportswriter. I do not have an encyclopedic knowledge of sports. I’m not an athlete. I did play five minutes of football in my youth. The little boy next door held the ball with his finger and instructed me to run up and kick it as hard as I could. I missed the ball and kicked his hand so hard he screamed and ordered me to go twirl my baton because I could only hurt myself doing that, and I often did. I claim no expertise or talent for any sport and that’s my big disclaimer.

What I am is a fan. I’ve always felt comfortable in that role as it demands little responsibility or effort, but this week many of us found ourselves cast in a drama of ecstasy and agony. Suddenly being a fan meant taking a side, not against another team, but for or against our own guy. That just seemed like playing dirty to me.

First came the ecstasy when my husband, Graham, and I traveled to Mankato to watch Saturday’s practice at the Vikings training camp. From the moment we walked underneath the huge “Welcome Vikings Fans” banner, it was all goofy grins and back slapping as we wandered beneath posters of Brett Favre practically guaranteeing us our own personal Super Bowl rings. We weren’t smug, but we were confident. Every sports fan knows that the season always turns out exactly as you predict it will. Sure.

We sat in the stands with other fans and chatted about rookie Toby Gerhart, nodding enthusiastically when someone commented on his “good hands” and we agreed to be cautiously optimistic about Adrian Peterson being able carry and keep the ball. A little boy in front of me eating a cookie the size of his head wore a Favre jersey that came down to his knees.

“Do you think Brett will play this year?” I asked him.

He gave me incredulous look that said, “Lady, you sure ask dumb questions!” and then he was done with me.

The name had been spoken, and we good-naturedly acknowledged his absence. It wasn’t exactly shocking. When we started to grow weary of watching the same drill over and over, I dared anyone to stand up and yell, “It’s Favre!” but we agreed that might be akin to yelling, “Fire!” in a theater. These days we don’t often see that many people in a good mood at the same time, and we didn’t want to mess it up.

Tuesday brought the agony. Had this many legitimate media outlets ever before run a rumor as fact? Probably, but they had me and about a million bloggers convinced that Brett Favre was retiring — again.

Then I watched Coach Brad Childress’ press conference two hours later, and I was just confused. What I found most disturbing about the situation was the hostility that seemed to eat through all that camaraderie we’d felt in Mankato only three days before. All the old names and accusations were flying. It couldn’t have been more expected or boring to see the claws come out and start to rip apart Brett Favre, the same guy they gave a big wet kiss to last year.

Then there was the “money grab” conspiracy. Really? St. Louis gave Sam Bradford a contract worth an estimated $86 million with $50 million guaranteed. He’s No. 2 on the depth chart and he’s never played a down in the NFL. That’s just one of this season’s ridiculous rookie paydays. I don’t think we should get the screaming meemies because Favre might be giving the money tree one last shake. The question every NFL fan should ask is, “What is this? The NBA?”

Favre is easy to make fun of, but I find him very hard to dislike. I love watching a player who genuinely enjoys being on the field. Half of the time when he’s sacked he gets up smiling. Occasionally we see him complete a pass and then run down field to throw a block.

Who does that? That’s just fun football, and isn’t it supposed to be fun? Aren’t we supposed to wear the jersey and eat the big cookie and look askance at anyone who might suggest that things aren’t going to turn out exactly the way we want them to?

If Brett doesn’t return this season, I’ll be disappointed, but I refuse to hate him, be surprised, or even talk smack about him. If I could say anything to him it would be, “Thanks No. 4. You made a lot of Sundays a lot more fun for a lot of years.”

St. Paul resident Alexandra Kloster appears on two Fridays a month. She may be reached at alikloster@yahoo.com and her blog is Radishes at Dawn at alexandrakloster.com.