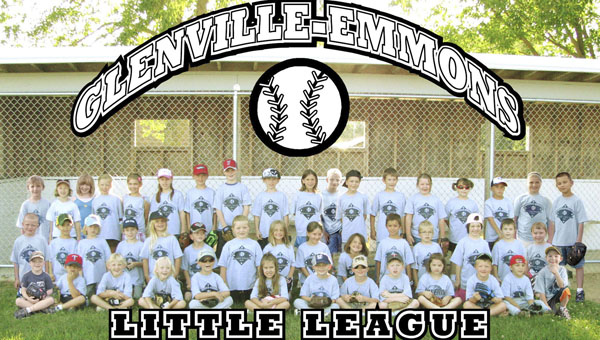 Participants of the Glenville Little League program stands in their ballpark this summer. -- Submitted photo

Each Monday night in June and July, players learned basic skills such as batting, throwing and fielding balls, as well as the rules and etiquette of the game.

The season began with rotating stations focusing on each skill, and worked into scrimmages, with everyone showing remarkable progress.

Many parent and student volunteers enthusiastically assisted with coaching and made this program a success.

The season ended July 26 with a T-ball and coach-pitch scrimmage, followed by ice cream for players and siblings.