A 39-year-old Albert Lea man who faces charges for reportedly striking another man under the chin with a knife pleaded guilty to fifth-degree assault Friday as part of a plea agreement between his lawyer and the Freeborn County Attorney’s Office.

Under the agreement, Juan Antonio Altamirano faces a maximum sentence of 90 days in jail and a fine of $1,000. 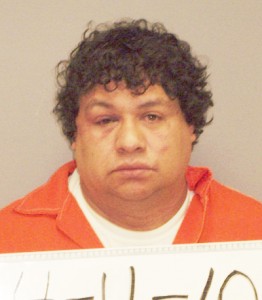 He was originally charged with second-degree assault stemming from an altercation on West College Street in April that started over owed money.

After the incident, Altamirano was released on a $5,000 conditional bond and had agreed to various conditions, including no contact with the alleged victim, no alcohol or mood-altering chemicals, being subject to random testing for alcohol and chemicals, staying away from bars, having daily breath tests and checking in with court services two times a week.

On Wednesday, however, he reportedly came in for a scheduled court services check-in and tested positive for both methamphetamine and THC, the main ingredient in marijuana.

He was arrested on the violation and then the plea came two days later.

After his appearance in Freeborn County District Court Friday, Altamirano was released on his personal promise to appear.

He has previously been convicted of third-degree theft, second-degree assault, fifth-degree assault and violation of orders for protection, among a driving charge.