MSU-Mankato student is a siren buff 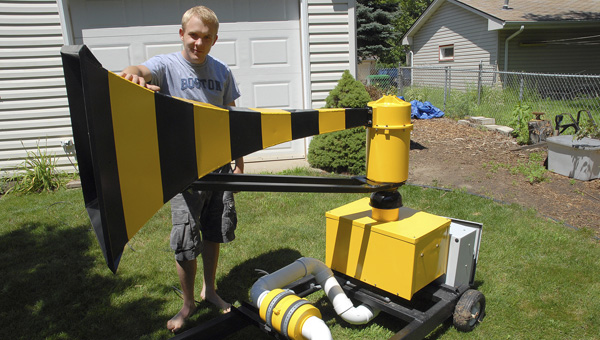 Minnesota State University, Mankato, student Mike Nelson and his restored Cold War era siren that he keeps in his back yard in Burnsville. - Tim Nelson/MPR Photo

To most people, the sound of a tornado siren means it’s time to head for the basement.

Nelson, a 20-year-old college student at Minnesota State University in Mankato, watches the skies so he knows when to engage one of the world’s loudest hobbies — cranking up a siren.

He came to admire them during elementary school in Burnsville.

“We had an older, like Cold War-era siren right down at the school here,” Nelson said.

Read the full story at Minnesota.PublicRadio.org.