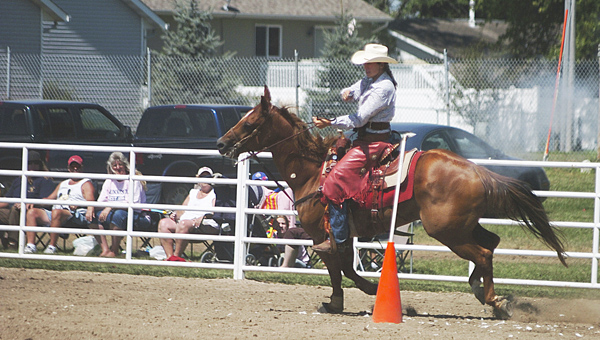 If you heard gunfire this weekend, that’s because for the second consecutive year Albert Lea hosted the Minnesota Mounted Shooters North Central Regionals Saturday and Sunday at the Freeborn County Fairgrounds.

Riders, armed with black powder pistols, were timed as they raced around a track of orange cones shooting balloons that were tied on top of a stick.

After each run, children would run back out onto the dirt track, and tie new balloons to the stick.