Reaching goals through teaching for creativity

One of the goals the Albert Lea School District announced a couple weeks ago was familiar: raise those MCA scores. It’s been a goal for a few years.

School board members and administrators are worried about those scores because of potential penalties under No Child Left Behind. They’re probably also worried about how the district looks to parents and employers in the community. But — benefit of the doubt here — I suspect that they’re mostly worried about the story those scores tell of students being left behind their peers in math, reading, writing and science. 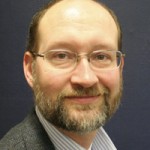 How do we help those students learn?

Before answering that question, however, we have to ask another. Who are the “we” helping those students? Is it just teachers? Really? Is there nobody else who shares in that responsibility? Nobody else who comes to mind?

How about parents and kids?

We parents need to claim our share of that responsibility, especially during the years before kids arrive at those heavy school doors. And one part of life over which parents have a lot of influence is creativity and imagination. We need to encourage make believe play. We need to read to and with them. We need to play games with them requiring more problem-solving than brute force.

But kids are also responsible for their own learning. They could make a difference by picking up a book instead of watching mind-numbing TV shows. They could limit how much personal time the internet and texting claim, creating space in their lives for reflection or “soul time.” They could think for themselves instead of following the crowd.

Newsweek recently described a “creativity crisis” in America. Despite the overly dramatic title, it’s a good article. What it suggests is that, because of our obsession with test scores, our education system is becoming more dependent on rote learning — memorizing facts and figures — and less focused on critical thinking. Students are expected to conform and perform.

What’s really interesting, however, is that the rest of the world has noticed how our research and innovation creates and supports a diverse and robust economy. The Chinese and Koreans, among others, are busy reinventing their schools to make them more like ours. Meanwhile, we’re busy turning our schools into the testing factories found in China and Korea (and other places). It would be ironic, I suppose, if it weren’t so horrible.

So what’s a school to do? Caught between rocks and … sharper rocks, why pay attention to creativity? And how can teaching be more creative? We pay attention to creativity because students are individuals, who learn in different ways. Good, creative teaching respects those differences; it doesn’t try to iron them away, treating every disruptive student as a wolf hiding in a flock of sheep. Figuring out exactly how to teach creatively is complicated — there are as many ways to “be creative” as there are students. I guess the minimum is that educators remain open-minded and focused on the person, not the curriculum or the policy … or the test. Like I said, it’s complicated.

I’ve met a lot of bright kids — mostly boys — as a mentor. More than a few of them are also in trouble at school. They don’t follow the plan. They don’t stay on task. They talk back when asked stupid questions or ask questions that teachers don’t want to answer. But because they’re bright, they’re also learning that, unfortunately, school is not a good place for them to learn things. They are not wolves, but they are not sheep either.

As a teacher, I support standards and goals. I know the rocks are out there and budgets continue to tighten. But I also know that making creativity a priority in teaching and learning will help both students and schools. Unfortunately, because it can mean letting students take the initiative, it requires teachers to be both better prepared and more willing to think on our feet.

As long as I’ve said so much about testing, there is a test that actually might help make a difference. Early each fall and late each spring, students in Albert Lea take a computerized test. The first measures where they are at the beginning of the school year, and the second measures where they are at the end. It seems like a good tool for getting a good look into each individual student’s learning. And that’s where good teaching starts.

Albert Lea resident David Rask Behling teaches at Waldorf College in Forest City, Iowa, and lives with his wife and children in Albert Lea. His column appears every other Tuesday.