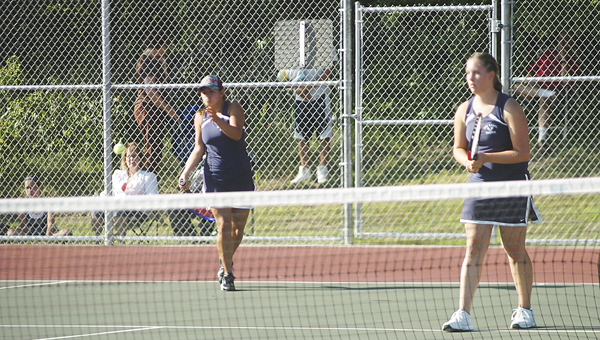 Albert Lea girls’ tennis team has gotten the better of United South Central the past two years, but an experienced Rebels team was too much for the Tigers on Thursday.

The Rebels (2-0) overwhelmed the Tigers (2-1) at the top three singles spots, winning all in straight sets by a combined game score of 36-2. Kristen Enger got the lone singles win for Albert Lea at No. 4, and moved to 3-0 on the season. 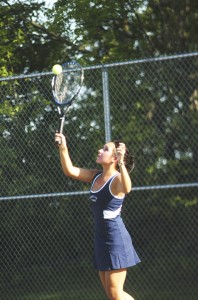 “It was good for Kristen to get the win,” Albert Lea head coach Sean Gillam said. “Good to have her undefeated this year.”

USC’s Cami Christian and Brianna Schroeder beat Alissa Allison and Megan Gilbertson 6-1, 6-1 at No. 1 doubles and the Rebel’s Dani Roberts and Megan Chicos took care of business at No. 2 doubles, too.

USC’s Ali Wood was in the lineup for the first time this season and teamed with Monica Bye to defeat Courtney Stewart Alicia Hall at No. 3 doubles 6-0, 6-1.

“(USC) will have a very good season with that lineup,” Gillam said. “Experience definitely showed along with their ability to hit multiple shots. We had experience on them the last two years and this year they were able to give it back.”

The Rebels will be back on the court Saturday at a tournament in New Prague. Albert Lea plays host to Rochester Century Tuesday at 4:30 p.m.