Recalling memories of a childhood in Ohio

Pat Mulso, Preserving the Past

Here it is the second week of August, where has the summer gone? The museum board of directors would like to thank all of you that supported our fundraisers the last week of July. The farmers market and the Swiss steak fundraiser at the American Legion were both successes thanks to you and the many volunteer hours donated to these projects.

We hope that all of you that visited us during the fair enjoyed seeing our new exhibits and appreciate the wonderful historical complex that we have here in Freeborn County. While Arnie and I were in Ohio he had the opportunity to visit the Wright Patterson Air Force Museum. I can remember visiting it when I was in fifth grade and then again as a young adult. He spent several hours there and still didn’t see everything. 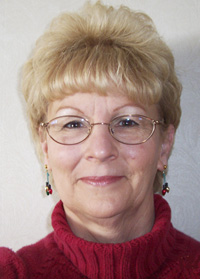 After visiting the country church that I grew up attending, I headed north to go past the school that my Dad graduated from in 1933 and that I had attended through my freshman year of high school. The building is no longer being used and has deteriorated to the point that trees are growing inside of it — it nearly breaks my heart. A new high school was built in 1969 just a little north of the football field and it is still in use. Oh what memories linger there! I was a majorette and during one of the half-time shows my freshman year, my dad came to see me twirl, that was the only time that he saw me twirl, as he died that December. To the north and west of the football field was our hockey field. Only ours was not on ice, we played field hockey. My girlfriend La Deanna and I were one of the few in the freshman class to go out for field hockey.

As I continued north on Union Road and was about to turn right on Dayton Liberty Road to head back to my sister’s house, I made a left instead to go through Liberty, where my great grandparents had first lived. On my way, I passed an antique place located in an old church on the north side of the road. I continued the short distance to Liberty and after driving around headed back toward the antique shop. When I walked in I said, “Are you Rosie’s husband,” and he said,”Well, I’ve been accused of that before, who are you?”

I proceeded to tell him who I was and we had a nice visit and then before I left, he said do you have a few minutes, Rosie would love to see you, I said sure, and he told me how to get to their home. Rosie had been my school bus driver for the nine years that I went to school in Jefferson Township. She knew me and my brother and sisters. I stopped to see her and we visited and caught up on who is still around the area that rode on her route.

On Sunday afternoon, before I went to see my cousin, I stopped to see one of my mom’s friends who still lives in the area where we grew up. She is in her late 80s and when she answered the door a big smile came across her face. She said, “I miss your mom; we used to have so much fun together.” We — my brother and sisters — had gone to school with her daughters. I remember I worked on my first homecoming float at their house. We made flowers out of Kleenex for hours and then put them through chicken wire to decorate the edge of the float. Those were the days! I told her about my visit to our old church and she was happy to hear that the church was being used again. She said she visits my mom’s grave regularly, when she visits her husband’s grave in the same cemetery there in Ellerton. I roamed the narrow country roads that I grew up on and wondered what life would have been like had I stayed in the area.

My brother and I will begin the task of preserving the records from the country church we attended as children later this fall. We hope to be able to piece together most of the 195 years of history. A lot of its history is intertwined with the history of our family and I am sure it will be a rewarding, but almost overwhelming task. Do you know where your grandparents attended church? Where they were baptized? Do your children know where you attended church as a child or where you were baptized? Do you keep this information in a family Bible? At your passing, who will the Bible go to? Just some things to think about as you preserve your personal family history.

Remember to mark your calendar for our annual Echoes from the Past … A Journey into History. The event will take place on Wednesday, Aug. 18 at Graceland Cemetery at 6:30 p.m. The rain location is the museum, 1031 Bridge Ave., Albert Lea.

We also want you to mark your calendar for the kickoff of the Freeborn County Historical Society building expansion project on Saturday, Aug. 21 from noon to 3 p.m. at the museum. There will be PowerPoint presentations throughout the afternoon explaining the expansion plans. Hope to see you there!