Election for Tuttle seat to be March 15

The Freeborn County Board of Commissioners set the dates for a special election for the 5th District vacancy. The seat was vacated by Linda Tuttle, who sent a letter of resignation to county officials in late July.

The resignation was effective as of Aug. 1. Tuttle is mired in racketeering and theft charges in connection with her title and abstract company. 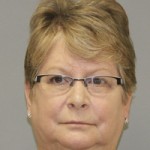 The Board of Commissioners also:

Heard from Albert Lea resident Mike Lee, who asked the board to do what it can to speed up the process of replacing the Albert Lea Lake dam. He said he knows they’re working in the right direction but said he is concerned that the dam could burst. He also showed pictures of a dam that recently burst in South Dakota.

Heard from Freeborn County Sheriff Mark Harig about some of the issues brought up in the sheriff’s election. Harig said he wasn’t taking this time to campaign but said he wanted to thank the commissioners for their hard work on securing the Immigration and Customs Enforcement contract and the grants secured to help pay for ARMER.

“I don’t want to sound like I’m boasting, but I’m very proud of what we’ve accomplished,” Harig said. “People need to realize all the hard work you folks as commissioners have done.”

He also thanked Freeborn County Emergency Manager Mark Roche for securing a $1 million grant to use for the ARMER radio system.

Heard from Commissioner Dan Belshan who said he’d like to see an increased budget for county gravel roads when the board starts budget talks. He said he’s heard from constituents and seen himself that some gravel roads need work.