Teenage robbery suspect to be in juvenile court

The 17-year-old boy who is accused of robbing Sterling Drug for Oxycontin in June was granted an extended juvenile jurisdiction Tuesday in Freeborn County District Court.

This means if the teenager, Spenser Thomas Knight, is found guilty of his charge — first-degree aggravated robbery — he would get both a juvenile disposition and an adult sentence, said Assistant Freeborn County Attorney Erin O’Brien. The adult sentence would be stayed. 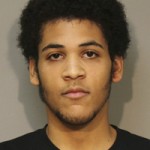 If he violates the rules of the juvenile disposition — which in this case would probably include out-of-home placement — he would be required to serve the adult sentence, a presumptive 48 months in prison, O’Brien said.

She noted that while the alleged offense is serious, in Minnesota this extended juvenile jurisdiction law attempts to rehabilitate juveniles who commit relatively serious crimes but who otherwise had no prior criminal history.

Knight would be under the court’s jurisdiction until he is 21, and he would be placed into programming based on his needs.

O’Brien noted that Knight has not yet entered a plea in the case; however, a plea hearing has been scheduled for Monday at 8 a.m.

The names of juveniles who are 16 years or older and charged with a felony are not kept secret by the Minnesota justice system.

According to the petition filed in court, Knight allegedly entered Sterling Drug, 148 S. Broadway Ave., just after noon through the front door. He reportedly walked around the store for a short time near the pharmacy and in the candy aisle, before buying a piece of candy a few minutes later and then leaving through the front door.

Just after 12:41 p.m. the same day, the pharmacist on duty was reportedly in a room behind the pharmacy having something to eat when he heard a banging on the back door, which is blocked off, in the alley that runs north and south between William Street and Clark Street, according to the report.

The pharmacist reportedly opened the door and found a young black man at the door, asking for a bathroom.

When the pharmacist told the young man that there was not one and then attempted to shut the door, it was allegedly forced back open by the man.

“Once inside the back of the store, the man pulled a knife from his pocket, opened it and put it to the throat of (the pharmacist) and told him he wanted some Oxycontin,” the petition states.

The young man was given a bottle that contained 30 tablets of 15 mg of Oxycontin and left through the same back door. The Oxycontin was valued at about $114.

According to the report, employees who were behind the pharmacy counter told police they had seen the young man in the store earlier that day. The store manager retrieved video and still images of the man from the store camera system and provided them to a detective, who in turn provided them to the media.

Police received numerous phone calls from the public stating that the suspect pictured was Knight, from Alden.

After this, detective Frank Kohl reportedly spoke with Knight’s mother, who also stated the images looked like her son, though she did not know his whereabouts.

Knight reportedly had contact with his family on June 22 by text message, stating that he was alright and thinking about what to do.

He turned himself in to police in June.