Observing the Michelle Obama vacation controversy unfold, one is of multiple minds. 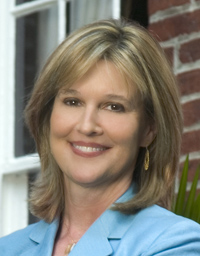 First thought: Give the lady a break. She deserves a vacation. Who cares that she missed her husband’s birthday? We’re not children and sometimes the greatest gift is solitude. Here, Mr. President, you get to enjoy your own space for a few days. Happy birthday. Of such are lasting marriages made.

Second thought, related to complaints that she spent taxpayer money on an indulgent vacation, staying in a five-star hotel in Spain and flying on a military jet with a security detail that some might consider extravagant in these lean economic times. The fact is, Michelle Obama doesn’t have a say in how she is transported from Point A to Point B. All First Ladies are flown with significant security on a jet and, yes, all subsidized by the taxpayers. But what is the alternative? Would we really prefer that the president’s spouse never travel or that she be exposed to kidnapping or other attack?

I traveled to the Middle East with Laura Bush in 2007 when she helped promote breast cancer awareness in the United Arab Emirates, Saudi Arabia, and Jordan. We also visited troops in Kuwait, as well as a group of women who, recently granted the right to vote, had run for public office.

The security around that trip was spectacular. Entire roadways were shut down for her passage; snipers were everywhere. Our own plane was loaded with enough artillery and shooters to overtake a small country. Our hotels were palaces by our Holiday Inn standards. Because the media contingent was limited to three people — Greta Van Susteren, Robin Roberts and yours truly — we went everywhere the first lady went (at our own or our institution’s expense).

Perhaps if the looming economic disaster had been recognized at that point, Mrs. Bush would have faced similar criticism. As it was, the media hardly took notice of the trip, despite the excursion’s incalculable diplomatic value.

Finally — and this is probably the correct analysis, if not the whole story — it is August. This is the month when official Washington escapes to cooler climes and thousands of reporters and bored bloggers sift through the detritus of yesterday’s news. How better to pass the time than by wondering how the more fortunate are living? This year, that includes the president and first lady.

George W. Bush largely escaped scrutiny because his preferred getaway was a place no one else, especially the media, wanted to go. Crawford, Texas, in August? Fabulous.

Whatever else one thinks of Bush, he did have a sense of propriety in matters recreational, perhaps in part attributable to his life of privilege and attendant guilt. He gave up golf after invading Iraq because he felt it would look bad to be perfecting his swing while those he had consigned to battle were losing their limbs. A token, perhaps, but a gesture nonetheless.

Perception is everything in politics. And though Mrs. Obama essentially caught some of August’s free-ranging flak, she also chose unwisely.

Is it really such a terrible thing that the president’s wife took a few days off to enjoy the beaches of Spain? Yes and no. Michelle’s trip, though expensive in the context of our dire financial straits, isn’t putting a dent in the Treasury. But as a political move, it could not have been more out of step with most Americans’ reality. The obvious reasons include the stagnant job market, the depleted fortunes of the middle class, millions of lost homes and, for many, the prospect of a insecure financial future.

A less obvious reason was revealed in a small detail. Reporting for Politics Daily, Lynn Sweet wrote that Mrs. Obama’s decision to travel to Spain at this particular juncture was to comfort a friend whose father recently had died and whose daughter, a friend of 9-year-old Sasha Obama (who accompanied her mother), had especially wanted to celebrate her birthday in Spain.

When many Americans are scraping together pennies to finance a birthday party at Chuck E. Cheese, the notion that a child must be treated to Spain’s beaches to celebrate her decade on the planet is a bitter pill to swallow.

On balance, the vacation was poorly conceived but hardly a crime befitting the condemnation. Perhaps of more lasting concern is the missed opportunity for the first lady to set an example of restraint and even generosity. I hear the Gulf Coast beaches could use a cash infusion.

Kathleen Parker writes for the Washington Post. Her e-mail address is kathleenparker@washpost.com.