The gridiron and grade school 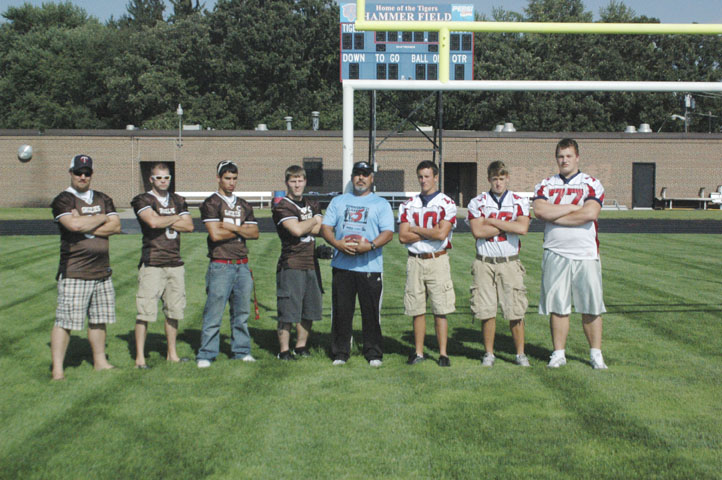 When the Hawks take the field against the Lions this fall, an old rivalry will be renewed. One that dates back to the 1980s but hasn’t been visited since.

The Hawks and Lions are the nicknames for Hawthorne and Lakeview Elementary schools, respectively. Those schools, along with teams like the Ramsey Rams and the Sibley Tigers formed a competitive football league that died more than two decades ago.

But this fall, the gridiron is returning to grade schools.

All four elementary schools will have football teams, with grades ranging kindergarten through sixth.

Volunteer coaches, including members of the Albert Lea Grizzles football program, will hold practices on one weekday for each team, fourth through sixth grade, at their respective school and all teams will play on Saturdays at Hammer Field.

Kindergarten through third graders will practice on Saturdays, and play directly afterward.

“We want to make it fun,” Villarreal said. “Teach them sportsmanship and fundamentals.”

Villarreal also said the idea for the program “goes hand in hand” with encouraging kids to exercise 45 minutes to an hour each day.

At the kindergarten through third grade level, young players will be taught to throw, catch with their hands, the basics of blocking, stances and running simply routes.

Villarreal said the goal is to have the players skilled and fundamentally strong, so that when they enter the high school level, coaches can focus more on getting the players stronger and faster.

“If we give that advantage to our high school coaches we’re only going to have better teams,” Villareal said.

The change is an attempt for the football program to catch up with youth programs in Albert Lea wrestling, hockey, baseball and soccer, which have many young athletes playing many competitive games.

If the program works, Villarreal will consider expanding it to other sports such as volleyball.

Games will be flag football and are open to both boys and girls.

The seven-week long league’s championship team will receive a traveling trophy for display in their elementary school.

“The kids are so excited to play other schools,” Villarreal said.

Students from Hollandale Christian School and St. Theodore’s may also play, but they must sign up with one of the four public elementary schools or only play on Saturdays.

Sign up forms can be picked up at the Albert Lea Family Y or at each participating elementary school, where they will be distributed to once the school year begins.

Parents who also wish to get involved should contact Villarreal at 507-373-8228.