The key to the city 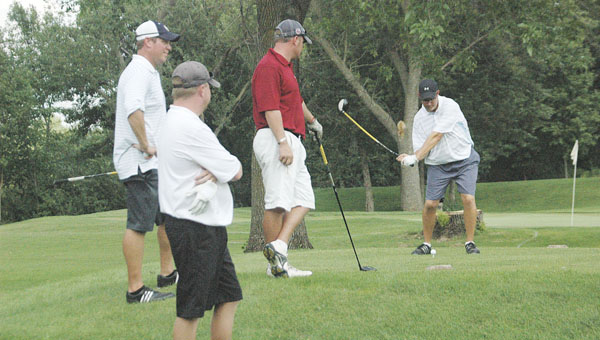 Andy Petersen bested Phil Schmidt on their 26th and 27th holes of the day, Sunday, to win the Albert Lea City Golf Tournament.

Petersen played consistently during the two-day tournament, shooting a 72 at Wedgewood Cove Golf Course on Saturday and matching that score Sunday at Green Lea.

After 18 holes at Green Lea, Petersen entered the final nine holes one stroke behind Schmidt, but finished three strokes ahead, after Schmidt scored a nine on Hole 17. 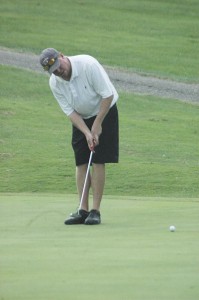 Petersen’s total for the championship was 182 and Schmidt’s was 184. Mike Nelson and Chris Baas finished third and fourth, respectively, with a 189 and 191.

“I hit the ball pretty well,” said Petersen, who thought he played his best golf Saturday at Wedgewood Cove. “My putting kind of let me down a little bit, though.”

Nelson finished the additional nine holes Sunday with a 35, three strokes ahead of Petersen’s 38, propelling him to third place after shooting an 82 Saturday at Wedgewood Cove.