Toastmaster of the Year awarded to Albert Lean 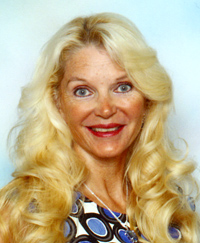 It is the mission of Toastmasters International to make effective oral communication a worldwide reality. Through its member clubs, men and women learn the arts of speaking, listening and thinking — vital skills that promote self-actualization, enhance leadership potential, foster human understanding, and contribute to the betterment of mankind.

Mrs. Westland is immediate past president of the Austin Tuesdays With Toastmasters Club, during which she led her club to President’s Distinguished status while simultaneously coaching a club in Owatonna. The highest educational level in Toastmasters is the Distinguished Toastmaster designation, which Sherry attained this year. Past service includes Area 82 governor and being chosen the ‘08-’09 Southern Division Area Governor of the Year.

The Albert Lea Toastmasters Club meets each Tuesday at noon at the Lou-Rich Corp. The club consists of a group of people who are at varying stages of the fear of public speaking and who would welcome new members. The club provides a safe and fun environment in which to develop communication and leadership skills, which can also help individual performance personally and in the workplace. Many members who have received job promotions directly attribute their advancement to the skills developed through Toastmasters.