Jillian Krueger and Lance Johannsen were married May 8, 2010, at 5 p.m. in Freeborn. The Rev. Dennis Frank performed the double ring ceremony.

Maid of honor was Jody Davis of Albert Lea. 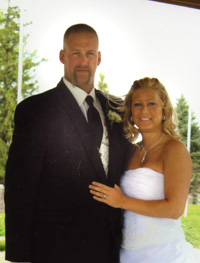 Ushers were Marcus and Nathan Brown of Navato, Calif.

A reception was held at the Moose Lodge after the ceremony.

Jillian is a 1990 graduate of Albert Lea and is employed at Fountain Centers.

Lance is a 1990 graduate of Alden. He is now employed at Lou Rich.

After a wedding trip to San Franciso in June, the couple resides in Albert Lea.