When the feds harm free religion, states step in

After a yearlong legal battle, Adriel Arocha has finally won the right to attend public school wearing his hair in traditional braids — a practice his family believes is essential for expressing their faith as members of the Liban Apache tribe.

Last week, a federal appeals court ruled that a Texas school district violated the then-kindergartner’s religious-freedom rights in 2008 when it refused to exempt him from the district’s dress code requiring boys to wear short hair.

After first telling Adriel he would have to cut his hair, Needville Independent School District offered to compromise by allowing him to wear his hair in a tight bun over his head or in a single braid tucked inside his shirt. 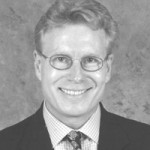 The Arocha family refused, arguing that the way Adriel wears his hair is “a symbol, an outward extension of who we are and where we come from, our ancestry and where we’re going in life.” Supported by the American Civil Liberties Union (which contrary to culture-war mythology has filed many cases on behalf of believers of all faiths), the family took the case to court.

Now both a federal judge and the 5th U.S. Circuit Court of Appeals have sided with the family, ruling that the school’s restrictions would be a “significant” burden on the practice of their faith.

Adriel’s victory is noteworthy because it is a rare win for American Indians in American courts. Our legal system has historically treated Native American spirituality with disdain, steamrolling over tribal pleas to protect sacred lands, burial sites and religious ceremonies from desecration or repression.

During the Arocha trial, an expert witness for the family, Dr. James Riding In, testified about past federal regulations that criminalized American Indian spirituality and the long history of government efforts to “assimilate” Native peoples with “forced haircuts” and similar practices.

Adriel’s father, Kenney, knows this history firsthand: He was forced as a child to cut his hair in order to attend school.

What’s striking about the court decision is not only the outcome, but also how it was reached. Texas law, specifically the Texas Religious Freedom Restoration Act, was invoked to decide Adriel’s religious-freedom claim — not the free-exercise clause of the First Amendment.

Unbeknownst to most Americans, the First Amendment no longer provides strong protection for free-exercise claims against government laws or regulations that burden religious practices. That’s because the Supreme Court seriously weakened the reach of the free-exercise clause in Employment Division v. Smith, a 1990 decision involving the use of peyote for religious purposes by Native Americans. The Court majority said government no longer must show a “compelling interest” before denying a religious exemption to an otherwise neutral, generally applicable law.

Consider the Arocha dilemma: Pre-Smith, courts would have interpreted the First Amendment to mean that Needville school officials must have a compelling state interest — such as school safety — and no other way of furthering that interest before refusing Adriel’s request for a dress-code exception. Post-Smith, the school need only show (for First Amendment purposes) that it’s treating Adriel like other students and has reasonable grounds for the short-hair policy (e.g., hygiene, discipline).

When religious and civil liberties groups from right to left loudly objected to the Smith decision two decades ago, Congress tried to restore the high level of protection for free exercise by passing the Religious Freedom Restoration Act in 1993. Four years later, the high court struck down this law as applied to states, ruling that Congress had exceeded its powers. That pushed some states — Texas and 13 others to date — to pass their own “restoration” acts.

It’s disturbing that religious Americans must now depend on legislators to uphold an inalienable right to religious freedom protected by the First Amendment — a right that should never be up for a vote. But until Smith is overturned, laws like the one in Texas are the only recourse for those seeking exemption from state actions that burden religious belief and practice.

The Arochas won because under Texas law the school failed to show a compelling reason that Adriel should be denied the right to wear his braids in the way that reflects his faith.

So if you are religious and live in Texas, Pennsylvania, Illinois, Florida, Arizona, Connecticut, Rhode Island, South Carolina, Alabama, Idaho, New Mexico, Oklahoma, Missouri or Virginia, count yourself fortunate. The First Amendment may not give you much protection, but your state law restoring religious freedom will.