Who should lead the city?

With the primary election less than a week away, candidates in Freeborn County are putting in their last-ditch efforts to inform residents of their backgrounds and key issues.

The Albert Lea mayoral race is a little different, however, as one candidate has had to face an unexpected, serious family medical problem.

On Thursday, incumbent Mayor Mike Murtaugh announced he has suspended his campaign because of family concerns. Not ended. Merely suspended. 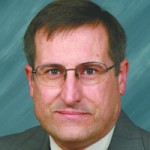 His wife — the assistant editor at the Albert Lea Tribune — is suffering from cancer in her brain, spine, liver and pelvis, and she has suffered strokes. She is in palliative care at St. Marys Hospital in Rochester. She battled breast cancer in 2008.

In a statement issued late Thursday by e-mail, Murtaugh stated the following:

“Due to the serious illness of my wife, Geri, and her hospitalization at St. Marys Hospital in Rochester on July 22 with subsequent health complications, I have suspended my campaign activities. Since my name is on the primary election ballot and that cannot be changed, I’ll see what the future brings both after the primary and with Geri’s health. I hope the people of Albert Lea will understand that my priority right now needs to be my wife and our daughters. I will continue to perform my duties as mayor for the remainder of this two-year term, and appreciate the work of Mayor Pro Tem 6th Ward Councilor Al ‘Minnow’ Brooks, in my absence. On behalf of our family, thank you for the overwhelming support we have received in this time of unimaginable difficulty.”

Murtaugh has been an advocate of the city living within its means and has worked to make the City Council’s meetings more transparent to the public.

In an interview in May when he filed for re-election, he said he’s happy he has been able to be a part of a council that unanimously agreed on no general fund tax increase for 2010, even during a major budget crunch.

“Due to funding reductions on a state level, we also worked with city staff to approve a 2010 general fund budget that is over $1 million less than 2009, again unanimously,” he said at that time.

These two candidates also have experience in the realm of city government, though they have different approaches to solving problems.

The following is a description of each: 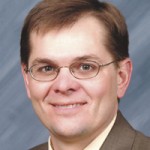 An Albert Lea physical therapist for 22 years, Rasmussen is married and has two children, ages 12 and 15.

Rasmussen said he’s been in the Albert Lea area for 35 years and graduated from Albert Lea High School in 1982.

Upon graduation, he attended the College of St. Scholastica in Duluth and earned a double major in biology and physical therapy. He graduated college in 1988.

“I just feel good here,” he said. “I feel very comfortable in Albert Lea. It has a lot to offer.”

He said he decided to run for mayor because of his love for the community.

“It’s my home,” Rasmussen said. “I truly care about Albert Lea and always have. It’s truly about my feelings about this community.”

He anticipates some tough budget years ahead, especially with the budget turmoil on the state level, which will trickle down to the local level through changes to local government aid.

As a result, the city will be in a situation where people will need to work together to reach a solution.

Rasmussen said he thinks he’s the candidate who can pull people together to do this.

He noted that the mayor has to be globally thinking — in that the position represents all the wards in the city — and can hopefully bring some of the ideas together across the city.

He said what ultimately happens to the budget is a group decision, but he thinks it may ultimately come down to restructuring some of the city departments, depending on how deep cuts are.

Staff need to become out-of-the-box thinkers and be engaged in the process as well.

“We as a council have to take the opportunity and listen to their knowledge,” Rasmussen said. “They are the key to making us more efficient.”

He also promotes sharing between the county and state on positions or equipment.

Regarding the structure of the council meetings, he said there’s been good and bad to moving the public forum to the top of the agenda, but otherwise the meetings have been run well.

“I think the biggest thing for us is going to be financial,” he said.

And when this is the case, it’s even more important to look to the comprehensive plan.

Rasmussen said he thinks the city needs to look for ways to be progressive and look ahead, so that in two years, other cities will be able to look at Albert Lea and ask how the city got there.

Albert Lea has already become a leader in many things, he noted, including the social host ordinance and the Vitality Project, among others.

He hopes the city will be able to be more progressive with the Albert Lea Economic Development Agency and think of ways to bring in more businesses or help current businesses expand.

Rasmussen said he feels comfortable with the media and letting them know about various things going on in the city.

There may sometimes be time-sensitive issues because of business that may not be able to be talked about initially, but otherwise, he noted he thinks it’s important to keep the media in tune to what’s going on.

He said he sees the media as part of the team — in that the city relies on the media to get their jobs done and vice versa.

If elected mayor, he plans to spend at least an hour in the office every day.

He said he’s been working on his campaign for three to four months.

A maintenance worker at Enderes Tools for 29 years, Severtson is married, with three grown children and two grandchildren.

He said he has lived in the Albert Lea area his whole life except for four years when he was in the military. 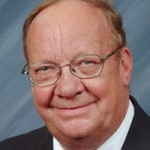 “I’ve always been here,” he said. “My family’s here. I know the people here.”

He said he decided to run for office of mayor because he thinks production workers need to get more involved with the local government.

“I’ve always felt, that we the blue-collar workers, it’s a declining workforce,” Severtson said. “There’s less and less of us all the time and we need to step up to the plate.”

He said it seems there are always more business people and white-collar workers as government leaders than there are representatives of the blue collar occupations.

If elected mayor, he said he will run on common sense.

He said in his personal life he lives on a smaller budget and tries to live within his means, and he would apply the same guidelines to the city.

He noted he also would like to see the Albert Lea Port Authority brought back under the control of the council.

“They’ve spent a lot of money,” he said. “To me, the control by the council would be better there.”

Severtson said he would also like to see the council members be more involved with the city’s budget process and get information from staff from early on in the year.

“I don’t think any factory — anything — is not looking at their budget for next year,” he said.

He would also support a re-evaluation of staff, he added.

A large issue the city will be facing is the potential Alliant Energy rate increase, he said. Back during one of his early years on the council, he voiced an opinion about putting a few wind turbines near the wastewater treatment plant. He still thinks this is a viable option.

He also would like to see an RV park off of Albert Lea Lake on the north side of Front Street. The RV area, along with a potential canoe or boat rental, could really jump-start the area of the Blazing Star Landing, he said.

“I think we have to promote the lakes,” he added.

If elected mayor, he said he thinks he would work well with the media.

“Whenever anyone’s asked me to do something, I’ve done it,” Severtson said. “I’m not going to lie to anybody. If I know what’s going on, I’m going to tell you.”

Severtson said he plans on retiring in January, regardless of the results of the primary.

If elected, however, he’d be free to go to City Hall at least once a day to stay informed and to learn information to share with his fellow councilors.

“If you’re there and you understand what’s going on, you can talk to your council members and tell them if you think it’s a good deal or a bad deal,” he said. “I think it’s important they be held accountable.”

He said he doesn’t plan to make any changes to how the City Council meetings are operated.

He encouraged people to get out and vote during the primary election, as this year a lower voter turnout is expected.

If Severtson makes it through the primary, he plans to increase his publicity and interviews with the media in anticipation of the general election.