The American Bus Association announced Thursday that Albert Lea’s Big Island Rendezvous & Festival held in 2011 has been selected as one of the top 100 events in North America.

The list is published as a supplement to Destinations magazine. The list indicates the festival offers excellent entertainment value to tour groups and individual travelers from around the world. 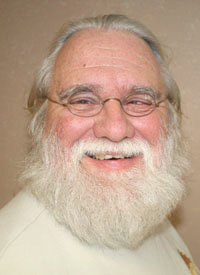 Vining said there are a few buses from around the region that come to the event, but this honor could bring more from around the nation. He said it will make the 25th anniversary next year even more special.

“The attractiveness of Big Island Rendezvous & Festival as a don’t miss entertainment value is only part of why its selection this year is such a distinction for Albert Lea,” ABA’s President and CEO Peter Pantuso said in a press release. “The real news here is that Big Island Rendezvous has been recognized as a potential magnet for tourism dollars, at a time when reenergizing domestic tourism is so important to our spirit and our economy.”

Pantuso went on to say that the honor gives the festival an important boost in visibility among professional tour planners.

The excerpt from the supplement to Destinations magazine said, “Celebrate the 25th anniversary of the Midwest’s largest early American re-enactment with more than 1,000 costumed participants, 300 teepees, lodges, and tents on a 75-acre site. Candle makers, blacksmiths, gunsmiths and furniture makers inhabit the village. Listen as the Native American and voyageur camps work deals and trades. The festival stage showcases lively Celtic, Irish, bluegrass and Cajun music by local and visiting musicians.”

It also lists other attractions in the area including the Freeborn County Historical Museum and the Spam Museum in Austin.

ABA’s selection committee picked Albert Lea’s festival from 650 events nominated by ABA members. Judges consider an event’s broad appeal, accessibility, skill for handling large groups and a variety of other criteria. The list began as a way for motorcoach operators plan events and has grown into a useful tool for travel planners, motorcoach operators and the general public.