Donald C. Nelson, 70, of Wells died peacefully on Tuesday, Sept. 21, 2010, at St. Marys Hospital in Rochester with his family by his side. 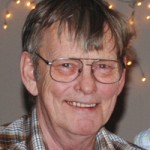 He was born on Feb. 24, 1940, in Detroit Lakes. He was the son of Clifford and Lucille (Kramer) Nelson. Donald graduated from Lake Park High School and following his schooling, worked at a meat packing house in West Fargo. He married Carol Mae Bakken in Lake Park in 1958. Donald moved to New Richland in 1971 and he worked as a USDA meat inspector until retiring in 2008. He enjoyed fishing, bowling, hunting, music and going to the casino. He also served as a union officer.