Shawn and Maribeth Walton of Albert Lea and Greg and Jan Jacobson of Waseca announce the engagement of their children, Ashley Walton and Zachary Jacobson. 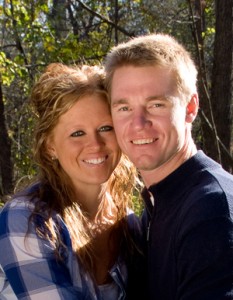 Grandparents of Ashley are the late Howard and Marion Boverhuis and the late Raymond and Beverly Walton.

Grandparents of the groom are Ken and Neom Johanson of New Richland and the late Edsell and Verna Jacobson.

Ashley is a graduate of Albert Lea High School. She graduated from Kaplan University in 2008, with a degree to be an LPN. She is currently attending Excelsior College to be an RN. She is employed at Albert Lea Good Samaritan Center as an LPN.

Zachary is a graduate of NRHEG High School and Rochester Community Technical College with a degree in project management in 2010. He is employed in maintenance at Albert Lea Good Samaritan Center.

A wedding date is planned for Oct. 16, 2010, at Cross of Glory Lutheran Church in Hartland.