Home Solutions Midwest owner Paul Field on Tuesday pleaded guilty in Freeborn County District Court to interference with privacy when he placed a remote video camera in a vent in the women’s restroom at his business earlier this year. 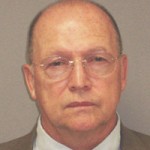 In exchange for Field’s guilty plea, the lawyers recommended he be sentenced to one year of probation. He must be law-abiding and have no similar offenses or he will be required to serve 180 days in jail. The agreement also asked for a $1,000 fine.

Field, 62, said he understands that by placing the camera in the women’s bathroom, he violated expectations of privacy.

He agreed that the camera had the ability to transmit live video feed but did not state whether anything had been recorded.

Field’s charges initially came about after a woman employed at Home Solutions reported the camera to police.

Officers conducted a search warrant at the business March 12, at which time they found a camera in the vent in the restroom that transmitted to a television in Field’s office.

At that time, Field told a police detective he had placed the camera in the restroom a month earlier, according to court documents.