Funeral services for Joseph Robert “Bob” McGuire, 82, of Albert Lea will be held at 2 p.m. Saturday at Bayview/Freeborn Funeral Chapel. Deacon Gerald Freetly and Deacon Mike Ellis will officiate. Interment will be at the Hillcrest Cemetery with military honors accorded by area veteran’s organizations. Visitation will be one hour prior to the service. To sign the guest book, go to www.bayviewfuneral.com. 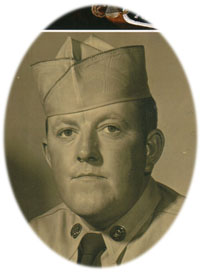 Joseph Robert “Bob” McGuire was born on June 22, 1928, to Joseph and Rose (Egland) McGuire in Albert Lea. He grew up and attended school in Emmons. Bob enlisted in the United States Army in 1944. While he was stationed in Germany he met Brigitte Kaseler. On Jan. 24, 1964, they were united in marriage in Germany. After his tour in Germany, Bob was stationed at Ft. Polk, La. He served for 20 years before retiring from his military career. In the ’60s Bob and Brigitte returned to the Albert Lea area and Bob worked for Queens. Bob was a member of St. Theodore’s Catholic Church. He enjoyed watching the Vikings and going fishing up north. Bob loved spending time with his grandchildren and great-grandchildren.

Bob was preceded in death by his parents and brother-in-law, Milton Syse.