Memorial services for Kathleen I. Pownell, 92, of Albert Lea will be held 1 p.m. Saturday at Zion Lutheran Church. The Rev. Joel Vano will officiate and interment will be at Fort Snelling Cemetery, Minneapolis. 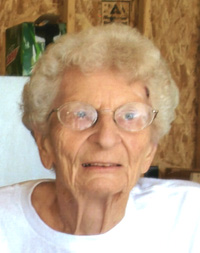 Kathleen had worked at Neave Hospital as a nurses aid for more then 20 years and retired in 1984 and served there as a volunteer after her retirement. She also volunteered for the American Red Cross and was a life-long blood donor.

She was preceded in death by her parents; husband, Henry; six brothers and three sisters.

Friends may visit with the family one hour before the memorial service at Zion Lutheran Church in Albert Lea. In lieu of flowers, a memorial may be made to a charity of donor’s choice.