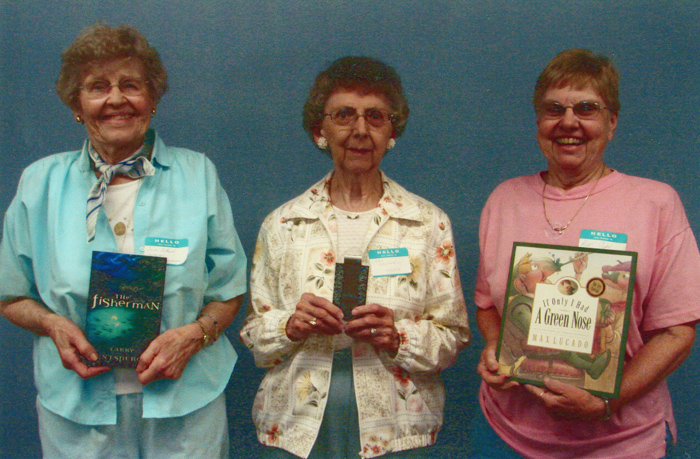 The regular meeting of the Freeborn County Librari-Anns was held on July 29, 2010, at Ascension Lutheran Church in Albert Lea. The Rev. Mark Boorsma gave devotions. Staci Waltman, media dpecialist at Halverson Elementary School in Albert Lea, gave a program on the care and repair of books. She discussed how the school prepares books so they last longer, and showed how to use a liquid adhesive to repair bindings.

The treasurer reported that there is a balance of $97.94. Two books were given away. Bev Oyer of Oakland Lutheran Church received “If Only I had a Green Nose” by Max Lucado. Tena DeBoer of Hollandale Christian Reformed Church received “The Fisherman” and Val Hestness of Salem Lutheran received a bookmark. The next meeting will be Sept. 29 at Oakland Lutheran and Hollandale Christian Church will co-host it. The Rev. Bob Berthold will present a program on his visit to Africa. The December meeting will be held at Cup of Faith Bookstore. The date will be determined at the September meeting.