Funeral services for Lorraine A. Munson, 83, of Albert Lea will be held at 10:30 a.m. Saturday at First Presbyterian Church. The Rev. Dwight Netzer will officiate. Interment will be at the Graceland Cemetery. Visitation will be from 5 to 7 p.m. Friday at Bayview/Freeborn Funeral Home and one hour prior to the service at the church. To sign the guest book, go to www.bayviewfuneral.com. 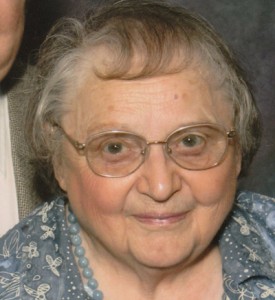 Lorraine A. Munson was born on Dec. 19, 1926, to Francis Jensen Douglas in Oelwein, Iowa. She grew up on a farm near Albert Lea and graduated from Albert Lea High School. Lorraine worked as a bookkeeper for the Wards, Skinner Chamberlain Store and also at Lyon County Welfare office. On Aug. 8, 1948, Lorraine was united in marriage to Merton C. Munson at First Presbyterian Church in Albert Lea. The couple moved to Pipestone where they owned and operated the Dairy Queen. After retiring, they returned to the Albert Lea area. Lorraine and Merton enjoyed traveling and spent many winters in Mission, Texas. Other trips included Europe, Canada, Mexico, Alaska and England. Lorraine was a very active member of the First Presbyterian Church in Albert Lea and also in Mission, Texas. She was a member of the Ruth Circle and had participated in bible camp at Clearwater Forest for over 20 years. Lorraine enjoyed painting, crafts, playing cards and socializing with friends and family.

Lorraine was preceded in death by her parents; sister, Janice and husband, Arnold Wangen; and brother, Eugene Douglas.