A 26-year-old Albert Lea man who faces 12 counts of child pornography possession pleaded not guilty in Freeborn County District Court on Tuesday to all charges against him.

Travis Jon Holst will be scheduled for a trial by jury, which his lawyer Evan Larson and Freeborn County Attorney Craig Nelson anticipated would last 2 1/2 days, including jury selection. 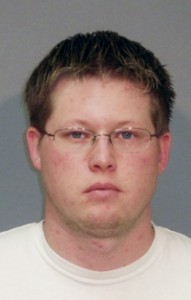 The date has not yet been confirmed.

Holst’s charges came in March after more than a year of investigation by the Albert Lea Police Department, the Minneapolis Police Department and the Internet Crimes Against Children Task Force.

While executing a search warrant in March, police found 12 multimedia files on a computer hard drive seized from Holst’s residence, 2217 Windsor Road, according to court records. Authorities stated all 12 of the files had been intentionally downloaded onto the computer and were stored under the settings “travis” and in “My Documents.”

The files had file names that implied that the videos contained child pornography, according to investigation records.

He later admitted to downloading movies onto his computer but stated he did not watch any of them. He said he was unable to delete the files after they were on his computer.

Holst faces a maximum penalty of five years in prison and a $5,000 fine for each charge.