The memorial service for Marjorie Aleen Frantum will be at 1 p.m. Saturday at Czaplewski Family Funeral Home, 501 2nd St. N.W., Hayfield, with visitation one hour before the service at the funeral home. Inurnment will be 3:15 p.m. in the Byron Cemetery in Byron. 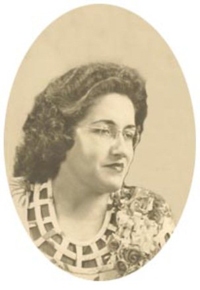 Marjorie Aleen Furman was born on Aug. 9, 1923, the daughter of Glenn R. and Georgia (Alsup) Furman in Austin. She graduated from high school and worked as a secretary at various places for 20 to 25 years. She was united in marriage to Kenneth Frantum on July 6, 1946. Marjorie and her husband lived in Austin and later moved to Albert Lea where they resided for many years. They moved to Rochester in the early 1990s. Marjorie moved to Hayfield and resided at Field Crest Care Center. She was a member of the United Methodist Church in Albert Lea and later at Byron.

Marjorie is survived by two daughters: Patricia (Sydney) Larson, of Byron, and Bette Jo (Dan) Wilson, of Hayfield; three grandsons; two granddaughters; and three great-granddaughters. She was preceded in death by her parents, husband in 2002, one brother and three sisters.