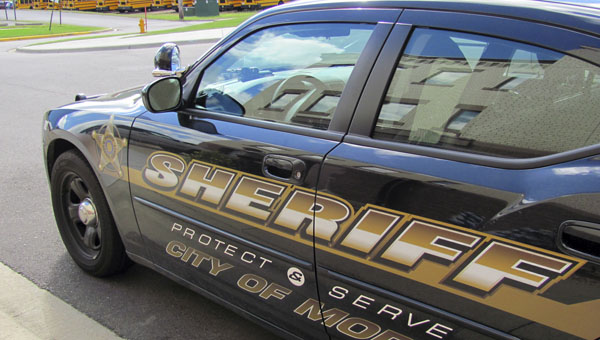 Since February, the city of Mora has contracted with Kanabec County for its police protection. Seven officers lost their jobs with the city, a move which saved the city $150,000 a year. The Sheriff’s Office has created a Mora unit, complete with designated squad cars. -- MPR Photo/Nancy Lebens

Dawn Cierelli felt safer when a police officer came by at night to rattle the door of her bake shop in Mora, just to make sure it was locked.

It provided a sense of security Cierelli said she lost when Mora joined a growing list of Minnesota cities eliminating their police forces and hiring or consolidating with other law enforcement agencies.

“I’m very disappointed,” Cierelli said. “I believe that as a town we lost our identity when we lost our police department.”

Across outstate Minnesota, city officials are wrestling with budget problems that the economy and political pressures are making increasingly difficult. As they try to reach agreement on how much money to spend, how much to tax and how much to guess they will receive from the state, they’re focusing a lot on police and public safety.