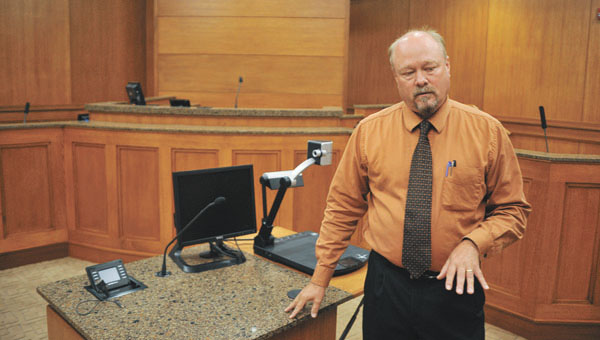 AUSTIN — After more than 16 months of construction and about a decade of discussion, all major work on the Mower County Jail and Justice Center is finished.

Aside from a few inspections and cleanup, the building is ready for a ribbon cutting ceremony at 10 a.m. Saturday. 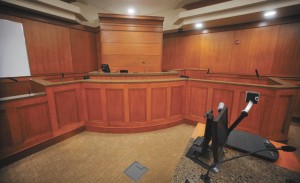 One of three new courtrooms at the Jail and Justice Center in Austin. -- Eric Johnson/Albert Lea Tribune

KKE Architects has issued a certificate of occupancy substantial completion for Oscarson to sign.

A cleaning firm is expected to start cleaning the building this weekend. Once the tours end Monday night, work will shift to moving over the court administration, county attorney and corrections offices and the courts to the new building.

Employees are expected to start work in the building the week of Sept. 20.

While the jailers are currently training in the new facility, the jail is not slated to open until next month.

According to Oscarson, the project is expected to be completed at a final cost of about $28 million, which is lower than the $35.4 million budgeted before the project was bid out.

Oscarson said the county benefited during bids because the weak economy drove construction costs down, and local contractors were able to get a lot of work on the project.