Murtaugh to drop out of mayor’s race (updated)

Albert Lea Mayor Mike Murtaugh announced Thursday morning that he will not continue his campaign for re-election. 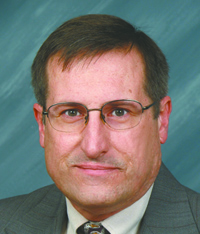 “I will not be continuing my campaign and will not be able to serve any later than the end of my current term on Dec. 31, 2010. My name will still appear on the general election ballot on Nov. 2, but I am asking that people do not vote for me,” the mayor said in a prepared statement.

Murtaugh’s wife, Geri, succumbed to cancer of the brain, spinal cord, pelvis and liver in Rochester on Aug. 7. He had suspended his campaign the day before. She was the assistant editor at the Albert Lea Tribune, using her maiden name Geri McShane. The death leaves Mike Murtaugh with two daughters to raise.

“In the month that has transpired since then, I have been considering how to proceed. I have come to the conclusion that at this time in our lives, I need to focus on being a father to our two daughters, Erin and Tierney,” he said.

Murtaugh declined to reflect on his time as mayor or what he wishes to do with the remaining months in office. 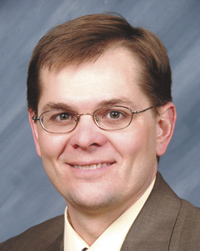 His decision means that Rasmussen in all likelihood will become Albert Lea’s mayor in early January 2011.

“At this point, I’m not thinking about the mayorship,” Rasmussen said. “I am thinking about Mike and his family. These decisions are for him. He has a great concern and love for the city.”

Rasmussen said he will continue with his campaigning.

“But my prayers and thoughts are with Mike and his family,” he said.

Murtaugh received more votes than Rasmussen in the Aug. 10 primary election. Both advanced, with candidate John Severtson eliminated from the race when he came in third.

A fundraiser to offset the cost of Geri Murtaugh’s medical bills takes place Sept. 16 at Wedgewood Cove Golf Club. The Albert Lea Tribune is coordinating the benefit. People can bring items of quality for the silent auction to the Tribune office.

“I thank the people of Albert Lea for the opportunity to serve as mayor,” Murtaugh said Thursday. “I look forward to staying involved in the community through supporting the activities of our daughters.”