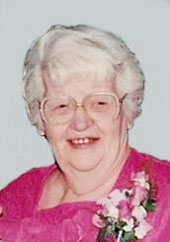 Pat graduated from Austin High School in 1942. On May 6, 1943, she married the love of her life Daniel “Danny” Wiseman at Queen of Angels Catholic Church in Austin. She and Danny founded Wiseman Coin Company in the 1950s. The business took them to coin shows all over the country, and they made many friends throughout their travels. In addition, they were founding members of the Minnesota Organization of Numismatists (MOON). Pat served as MOON’s secretary many years.

A devoted mother, grandmother, great-grandmother, sister and friend, she cherished spending time with her family. All who know her treasured her bigger-than-life personality, quick wit, and infectious smile. Pat was passionate about life, always setting goals for herself. In 1990 at the age of 66, she graduated from Austin Community College with an Associate of Arts Degree, completing her longtime dream of becoming a college graduate. Upon completion of her degree, she continued to take classes through the college’s senior learning program.

A Mass of Christian Burial will be held Friday at 10 a.m. at Queen of Angels Catholic Church with the Rev. Dale Tupper officiating. Visitation is 4 to 8 p.m. Thursday at Worlein Funeral Home with an Eagles memorial service at 5:30 p.m., an Eastern Star service at 7 p.m. and a Rosary service at 8 p.m. Visitation is also at the church one hour prior to the service on Friday. Interment is at Calvary Cemetery, Austin. Condolences may be expressed to the family online at www.worlein.com.