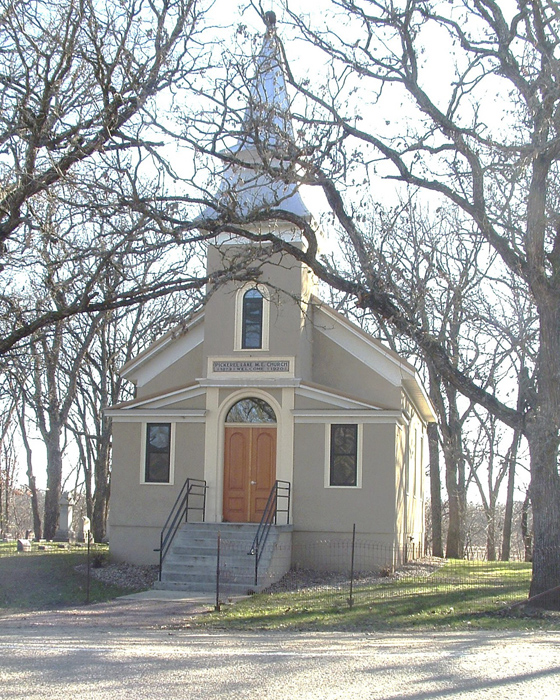 With more than 140 years of history and memories established under its roof, the Pickerel Lake Methodist Episcopal Church will re-open its doors for public use after undergoing six years of major renovations.

“Our main goal of this entire project was to continue to show the beauty of the church and celebrate the improvements that have been done the past couple of years with an open house,” said Cindy Everson, Shady Oak Cemetery Association Member. “We wanted to be able to make the church a place that people could not only use, but come together to reminisce and continue to create memories for years to come.” 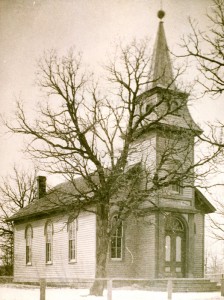 Members of the Shady Oak Cemetery Association and renovation coordinators and workers, Cindy Everson, Gary and Mary Rogert, Trudy Rogert and Sherry Broskoff came together years ago and decided to start a renovation process on the church. An open house honoring the restoration will be held on Sunday, Sept. 26, from 1 to 4 p.m.

“All of us have been coming here since birth,” said Broskoff. “All of our family grew up in this church. We had meetings every Friday where we would sing songs and there would be programs and other things that would go on. At Halloween, we would all dress up and at Christmas we spoke our piece, sang songs, Santa came and brought us peanuts, candy and an apple. Our parents were married there on Sept. 28, 1939, in this church as well. The memories here are endless. We couldn’t let the church go in the direction it was before we took initiative to start the overhaul project.”

Broskoff stated this is the first time the church will be open to the public for many, many years. “We want people to be able to see what we have done to the inside, and outside, of the church,” she said. “Although our family has so many memories here, I know that there are other people in the community that might as well.”

According to the Shady Oak Cemetery Association, the church’s ancestors did make a book with a significant amount of information that will be used for the open house and it has allowed the group to record and compile a large quantity of information over the years.

Datelines from the church’s historical records indicated that in 1917 services were discontinued in German and a year later, in 1918, there were seven weeks with no Sunday school due to influenza sickness. Just shortly after, prior to 1920, the church and the parsonage on West Main in Albert Lea, which was a joint property, was sold and the money from the sale was used to remodel the Pickerel Lake Methodist Church, which took 10 months to complete and included a basement and electricity.

“I wasn’t able to go to Sunday school there; I had to go to Albert Lea because this church had to close and the membership transferred to the First Methodist Church in Albert Lea. Services stopped at the church sometime between 1947 or 1948,” said Mary Rogert. “Although, I have plenty of memories in and around this church, as I was born right across the road.”

Due to decreasing attendance and the fact that someone had to go to the church to get it heated up, ancestral records indicated the last pastor serving the church was in 1947.

According to Everson, she went to the historical society to get the old pictures they had and the group has continued to meet and hold meetings in the church to discuss historical facts and memories. “We meet twice a year,” she stated. “For decades we have had a potluck and played dirty bingo in May, and in September there is always an annual meeting. This year it was Sept. 17, with a pie social that starts at 6:30 p.m. and a meeting at 7 p.m. I also send out a newsletter once a year to keep the association and others interested up-to-date.”

Mary Rogert said there have continually been approximately 15 people who are able to attend the annual meetings. “Some people are interested because they have relatives who are buried in the cemetery that is here and others are interested in the progress and renovations.”

According to Broskoff, Gary Rogert has done most of the work when it comes to all the labor-intensive jobs. “He just continues to work so hard all of the time,” she said. “I can easily attribute 99 percent of the labor that has been done to him, as something he has created and worked on. Gary filled in when his dad couldn’t do it anymore and currently holds the title of the president of the Auxiliary and has done a great job.”

Gary Rogert admitted an immense amount of work has been done over the past few years. “We really did a lot, the entire association has come together and worked very hard,” he said. “My son, Marc Rogert, helped a lot when it came to the construction. We put in all new windows, cleaned up the bat manure, attic foam, a new stair as well as a new stair location, floors were redone to the original hardwood upstairs, the church was put on blocks and a new basement was poured, put a wall in to separate the bath and the furnace and utilities. New counters and new sink downstairs, and that’s just the start of a long list of improvements.”

Shady Oak Cemetery Association member Trudy Rogert commented on how excited she is to share all of her memories and the group’s hard work with the public during the open house. “I believe that people would never even be able to recognize the church after its remarkable changes,” she said. “It’s astounding what has been done and continues to change. To drive by and see the church on blocks was pretty amazing, and the renovations just kept improving from there. We are just so excited about this little church, we hope people will come and share the excitement with us.”