Richard “Dick” Benesh Jr., 60, of St. Louis Park, formerly of Austin, passed away peacefully after a five year battle with cancer on Sept. 22, 2010, with family by his side at Our Lady of Good Counsel Hospice Home in St. Paul. A memorial service will be held on Saturday at Mayer Funeral Home in Austin. Family will be greeting family and friends at 2 p.m. and a memorial service will follow at 3 p.m. 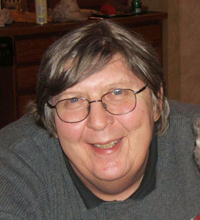 Dick was born March 24, 1950, in Austin, to Richard and Marcy Benesh. He graduated from Austin High School in 1968. For the last 20 years he has been working for the Target Corporation. He enjoyed golfing, watching golf, genealogy, Gopher sports, watching his nephews and nieces’ sporting events and being with family and friends. Dick was loved by all that crossed his path. He was funny, spontaneous and always there if you needed him. He always walked a path that was true to himself. We’ll all miss his humor and sarcasm.