The memorial service for Ronald D. Koch will be held Thursday at Horan and McConaty Funeral Chapel, Littleton, Colo. He died at Presbyterian St. Luke’s Hospital, Denver, Colo., at the age of 63. 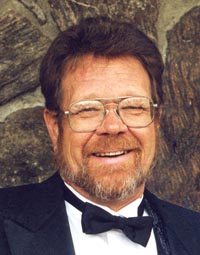 Ron was born on April 3, 1947, in State Center, Iowa, the son of Donald and Lois (Snell) Koch. He was raised on a farm near Glenville and graduated from Glenville High School in 1965. Ron earned a Bachelor of Science in agriculture from the University of Minnesota. He joined the U.S. Army and served as an MP in Korea. He married Rebecca J. Bogenschutz on Sept. 3, 1971. They moved to Littleton, Colo., in 1976 where they raised their two children. Ron established a well respected residential landscaping business, which he operated for over 30 years. Ron loved the mountains and the outdoors, especially skiing and motorcycling. He also enjoyed traveling and spending time with family and friends.

He will be greatly missed by his family. He is survived by his father, Donald Koch of Glenville; spouse, Rebecca Koch of Littleton, Colo.; children: Rachel (Jim) Waterman of Bozeman, Mont., and Bradley Koch of Ft. Collins, Colo.; granddaughters: Kalli and Tyanna Waterman; mother-in-law, Lois Bogenschutz of Albert Lea; other in-laws include: Carla Koch of Glenville, Paul and Cindy Follmuth of Northwood, Iowa, Tom Bogenschutz of Champlin and Mike and Jill Bogenschutz of The Woodlands, Texas.

He was preceded in death by his mother, Lois Koch, and brother, Robert Koch.