Running into the best 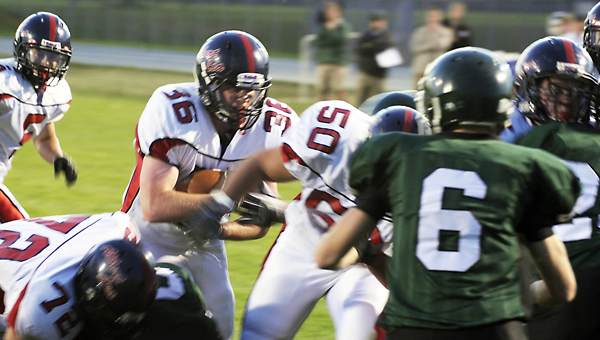 When arguing the top team in the Big Nine Conference, you could make a case for No. 2 Mankato West or No. 10 Rochester Century, but it’s hard to not like the Albert Lea Tigers’ Friday opponent, as the league’s best.

Over the past two games, the Century Panthers have outscored their opponents 94-13, including a 60-6 stomping of Austin.

Saturday the Panthers beat Owatonna 34-7 behind the legs of running back Brian Christenson, who had a 44-yard touchdown run, and a 90-yard kickoff return for a touchdown.

The Tigers did beat the Panthers last year at home, but Anderson said that this is a different year.

This year, the stout Panthers defense is allowing just 10 points per game, while averaging 43 themselves.

In order to earn an upset for the second consecutive year, Albert Lea will need to regain success in their running game, which opponents have limited in the Tigers’ last two games.

Quarterback Kyle Kriewall and wide receiver Aaron Klatt will also need to carry over their chemistry from Monday’s game.