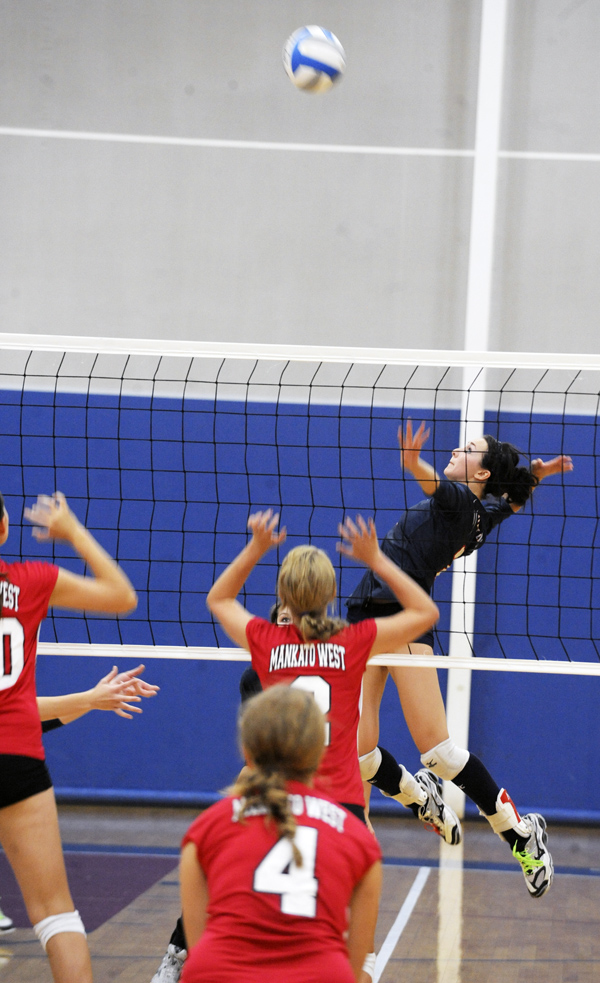 Coach: ‘We’re not playing together as a team’

“We’re not playing together as a team and that’s definitely holding us back,” Albert Lea head coach Jaime Mauseth said. “We don’t have a leader right now and we need one to compete in the Big Nine (Conference). 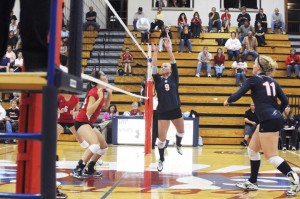 After losing the first set, the Tigers (4-8) opened up the second with a different look, adding ninth graders Sydney Rehnelt and Bryn Woodside into the starting lineup. Mauseth added the two players because she sees them as vocal leaders despite their age.

“Their both aggressive girls that want to win and want to play volleyball, and that’s what I want on the court,” Mauseth said. “I was very impressed with them. They did a good job.”

As a team, the Tigers had eight kills, six set assists, three ace blocks and one ace serve.

According to Mauseth, the team’s serve receive was around 50 percent, their lowest showing on the season.

“We have to work together and work hard, and we just didn’t do that at all,” Mauseth said. “Whenever we needed somebody to step up, nobody did.”

The Tigers are in action again Saturday as they travel to Rochester to play in a tournament.