Flood warning in effect through Friday 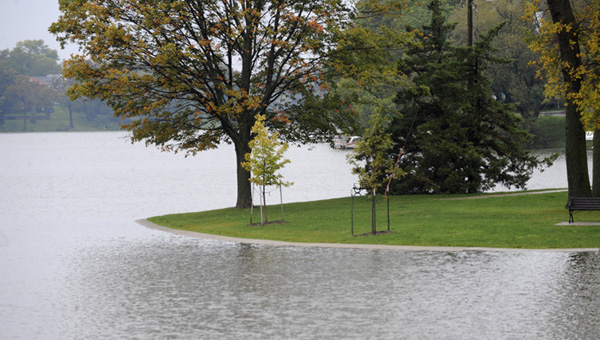 A flood warning from the National Weather Service is in effect until 2:30 p.m. Friday. The following Minnesota counties were in the warning: Blue Earth, Brown, Faribault, Freeborn, Goodhue, Le Sueur, Martin, Nicollet, Rice, Steele, Waseca, Watonwon and the southern parts of Scott and Dakota.

The warning says light rain should continue through the day and taper off this evening. 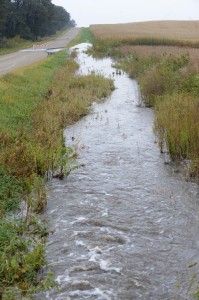 The forecast for Friday says calls for a high of 61 with party sunny skies and no rain. It predicts a west northwest wind between 14 and 22 mph, with gusts as high as 30 mph.

United South Central dismissed classes this morning and Alden-Conger dismissed at 10:45 a.m. today as a result of flooding. New Richland-Hartland-Ellendale-Geneva dismissed at 1:30 p.m. due to flooding in the district, too.

The Minnesota Department of Transportation has announced the closing of many highways in southeastern Minnesota. In south central Minnesota, MnDOT has closed many roads due to high water.

U.S. Highway 52 is closed near Pine Island. So is U.S. Highway 218 at its junction with Highway 14 near Owatonna. Minnesota Highway 83 north of Waldorf is closed.

U.S. Highway 14 west of Owatonna near Meridan is down to single-lane traffic. MnDOT’s 511 website provides information on road closures.

Many county roads were flooded. In Freeborn County, about 30 roads had flooding problems, with many closed with barricades, such as County Road 20 near the junction with County Road 24 northeast of Bath. See the Tribune’s story on county roads.

Due to the heavy rainfall, Albert Lea is asking residents to limit water usage to prevent basement backups. The city has placed pumps throughout the city to fight high waters, and Fountain Lake was swallowing Katherine Island. Many low areas, such as at the end of Kirkland Avenue, were filled with water. 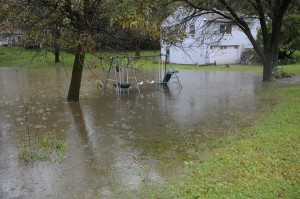 He advised boat owners to secure their crafts because the lake is rising fast.

“Make sure they are cranked up way out of the water or secure them to the docks or lifts anyway they can,” Levorson said. “A lot of water is going over the dam.”

He said the best option is to get the boats off the water. If boats float away, he will bring them to the sheriff’s dock at the City Beach.