Strides made in loss 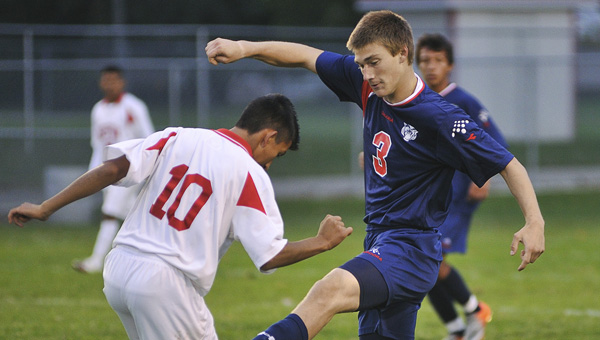 Albert Lea’s Alik Smed tries to chip the ball away from Dante Ortiz in the first half Thursday night in Austin. -- Eric Johnson/Albert Lea Tribune

AUSTIN — Albert Lea head coach Elia Romano’s goal for his team this season was to get better every match. The coach saw his team take big strides Thursday night in a 2-0 loss at Austin.

“The boys really turned in another good effort,” Romano said. “They really played their hearts out for 80 minutes.” 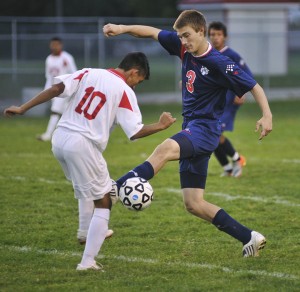 Albert Lea’s Alik Smed tries to chip the ball away from Dante Ortiz in the first half Thursday night in Austin. -- Eric Johnson/Albert Lea Tribune

And they held the Packers scoreless for 74 minutes.

Austin jumped out to a 1-0 lead within the first four minutes of the match but shutout the Packers until the two-minute mark of the second half, when the Tigers were making an aggressive push to score.

“Our defense really stepped up,” Romano said. “We had control of the game for periods at a time, but were still outshot.”

The Tigers were outshot 24-10 and Austin scored on their first shot of the game — a header by Jake Hagen — who lived in Albert Lea until ninth grade.

“We were a little shell shocked and on our heels,” Romano said. “It took time to work up to speed.”

Once they did, the Tigers went toe-to-toe with their cross-county rival.

“All in all it was a successful outing,” Romano said. “The boys are still playing their hearts out.”