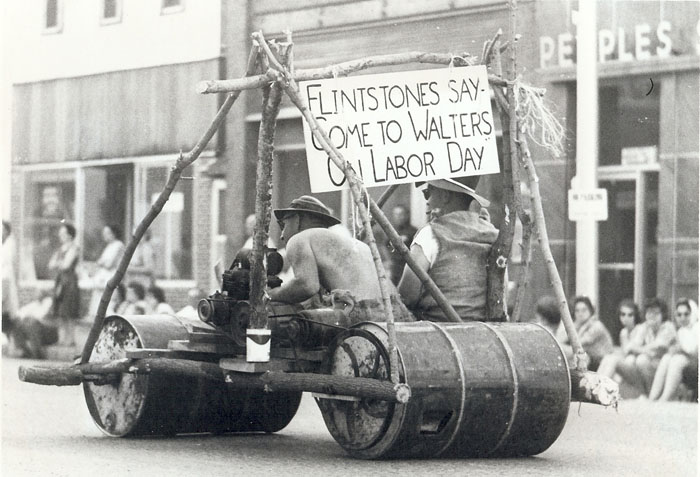 What could be one of the oddest vehicles to ever appear in an Albert Lea parade was this Flintstone Special inviting people to come to Walters on Labor Day. Just when this photo was taken by the late John Polis is not known. This vehicle, based on a popular television cartoon and later a film, used barrels for wheels. However, the two men depicting Barney Rubble and Fred Flintstone didn’t have to use their feet to gain traction. Instead, this particular vehicle had a small motor with pulleys and either chains or belts for traction. -- Photo courtesy Freeborn County Historical Museum