Funeral services for Thomas Donald Rhiger, of Burnsville, will be held at 2 p.m. Sunday at the Bonnerup Funeral Service Chapel in Albert Lea, with visitation one hour before the service. The Rev. Dwight Netzer will officiate. 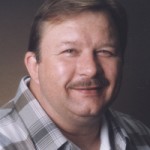 Tom made his home in the Twin-Cities metro area for the past 15 years and prior to that lived in Austin, Texas, and Albuquerque, N.M. He was employed as project manager for the ABM Company in Minneapolis.

He was a member of the “Elkhorn’s” and had a great love of music. Tom enjoyed cooking and animals, especially dogs. Family was everything to him. He cherished his friends who likewise adored him.

Tom was preceded in death by his parents and grandparents.

Tom will be truly missed by all the lives that he touched. A plaque in remembrance of our beloved brother and fr