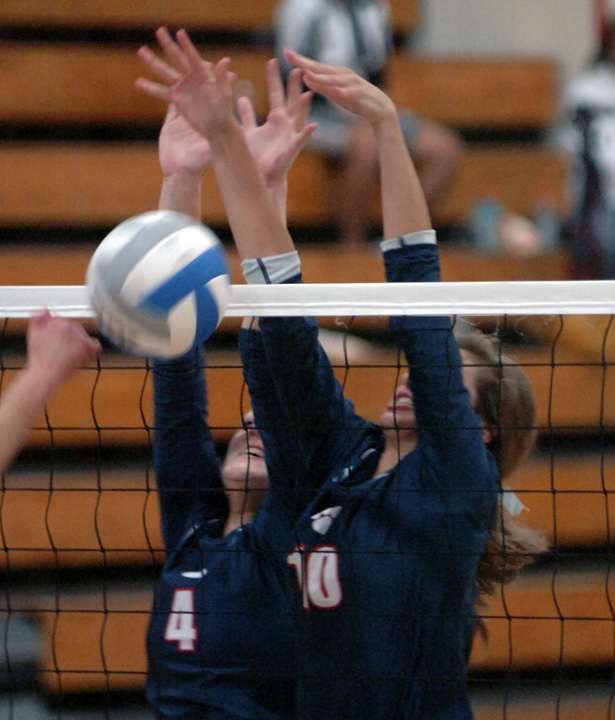 The Albert Lea volleyball team looked to end a four game losing streak and start the Big Nine schedule on the right note Thursday as they hosted Rochester Mayo.

The Spartans took advantage of their height on the frontline and used key runs in all three games to sweep the Tigers 3-0 to extend Albert Lea’s losing streak to five games.

“We started off coming into the game I think we wanted to push and fight and wanted to win the game,” Albert Lea head coach Jaime Mauseth said. “Then they saw Mayo’s Brittany Looker hit the ball then I think we got a little scared and then we shut down as a team. We stopped communicating and kind of got the ‘I can’t attitude.’”

In game one, The Spartans led by one and used serves by Looker to take a 7-3 early lead.

The closest Albert Lea would get is 15-10 before Mayo used two 5-0 runs from servers Molly Carlson and Looker to take game one 25-12.

“We came out wanting to fight,” Mauseth said. “But then I think Mayo found some of our weaknesses. We don’t have a lot of height and our blocking is something we’re really trying to work on.”

In the second game, Mayo again used great serving from Courtney Palmer, Carlson and Looker to jump out to a 15-5 lead. 3-0 run to go up 20-8 and pull away from the Tigers for a 25-13 victory.

“It was just communication errors and things we know we’re supposed to do but we didn’t do them,” Mauseth said. “It was kind of a whole mental breakdown in that second game.”

In game three, the Tigers and Spartans battled all through out with the lead changing hands four times early on.

Danielle Hansen keyed the Tigers’ run as she scored three straight points from the service line.

Mayo then used three consecutive points from Palmer and Looker and clinched the game with a powerful spike as the Spartans took the game 25-20 and earned the sweep.

“We work so hard to compete with these teams,” Mauseth said. “And we get to the end and just let them win it. And that’s something we need to push through. And in those real clutch situations in games, they can’t give up on a ball ever and they have to push together and work as a team to get that win.”

With the lost Albert Lea drops to 1-5 overall and 0-1 in the Big Nine.

The Tigers are off until Monday when they host United South Central Rebels to Albert Lea.

Mauseth says that it’s usually a good game and it gets her and the girls pumped up.

“I know I get excited for those games,” Mauseth said. “And it pumps up the girls, too. So it should be a good one.”