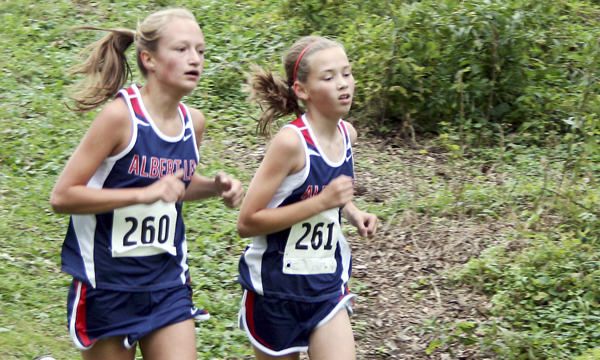 Nine of 10 Albert Lea cross country runners finished in the top 25 Saturday, as the Tigers girls’ and boys’ finished second and fourth, respectively, in Winona. 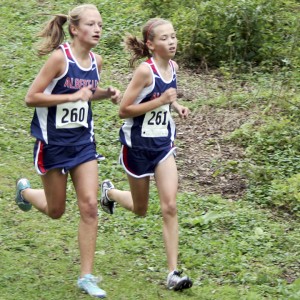 It was by far the best effort of the season for both the boys’ and girls’ teams,” Albert Lea head coach Jim Haney said. “The effort displayed today is the type of effort we will need to reach our goals at the conference and section meets.” 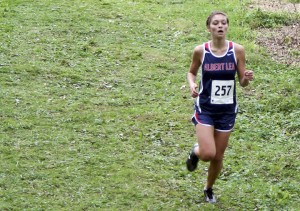 Ashley Tewes runs down a hill Saturday in Winona. -- Bryce Gaudian/for the Tribune

The girls’ team finished second despite being without two of its best runners.

Chrissy Monson — who’s missed all season with an injury — and Bailey Thompson were both out of Saturday’s lineup.

“That did not seem to matter to the rest of the girls as they put forth a strong effort,” said Haney of the key injuries.

The girls were led by Rachel Kenis, who finished eighth overall in 17 minutes and 26 seconds.

“Kenis ran with great confidence,” Haney said. “She has been pushing all season to improve time and place, and she came through Saturday with an outstanding effort.”

Kenis was followed by Alyssa Sager, Ashley Tewes, Emma Behling and Morgan Haney — all who finished in the top 17.

“Taking second place in a race as a team is a big deal for these girls,” Haney said. “They are running with heart and challenging each other to become better runners, and it is paying off.”

The Tigers boys turned in a fourth placed finish, and Blair Bonnerup lead the team for the second consecutive meet, finishing eighth overall in 18:01.

“These boys have reached another gear in preparation for the last half of the season,” Haney said. “They are running to the best of their ability and I’m very proud of the effort they have made this year.”

The Tigers cross country team is in action again Thursday at Nicollet.

Monson —a sophomore at Albert Lea High School — has sat out this season due to a leg injury.

According to Haney, Monson’s comeback has been approached conservatively because the coaching staff wants her training at a high level before she competes.